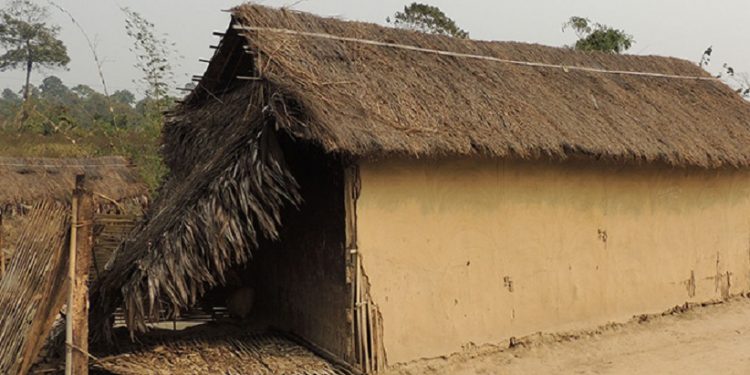 A village named Longturi Pahar situated along the Assam–Meghalaya border is yet to find its place in the electoral map of the country.

According to reports, not a single person among the 25 Garo families living in the village has been enrolled as a voter.

The families have given up hope that they can make it to the electoral rolls in the third round of Lok Sabha election when Guwahati goes to the polls on April 23.

Longturi Pahar, which is situated about 90 km from Guwahati , has remained far apart from the hullabaloo of the election campaigns going on in most of the rural areas of the state.

The village has remained calm and peaceful as usual when fierce campaigns between various rival parties are going on in the state.

Repeated attempts by the villagers to enroll themselves as voters by making several visits to the Kamrup district election office have gone in vain.

The villagers don’t have voter ID cards and the election campaign trail has never reached the hillocks across the dense forests of the village.

Apart from electrical connection, which the villagers got for the period of last five years and a muddy road constructed by the villagers themselves, no government scheme has ever reached them.

The village also does not have government water supply and the people rely on a stream for drinking water.

As per reports, the villagers, who pay land revenue, lamented that there has been no development in their village.

Longturi Pahar has about 130 people and most of them are over 18 years and are eligible voters.

A report quoted Kamrup Deputy Commissioner and district election officer Kamal Baishya saying that the issue of ‘dual voters’ might have hampered their entry in the electoral rolls.

However, the villagers did not mention about possessing voter identity cards of Meghalaya.

Baishya also said that his administration has no knowledge of any villager who not having a voter identity card.

He further added that it would also be too late now to complete the official proceedings for fresh inclusion of the inhabitants of Longturi Pahar in the electoral rolls.