Why is BJP going all out to stop publication of NRC? 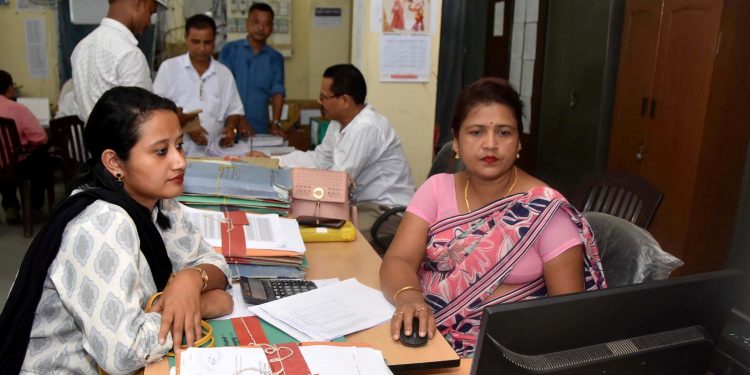 The final list of the National Register of Citizens (NRC) for Assam will be published after a few hours. At the moment rumours are floating in the air as to how many people will be included in the NRC and how many will be made stateless by it.

Among all the organizations, the way the ruling party at the Centre and the State is trying to halt the publication of NRC is very strange. They are trying it at all levels by fair means or foul. Only the other day, when the updating of the NRC was in its final stage, the Central and the State Governments appealed to the Supreme Court of India to re-verify 20% of the entries.

NRC coordinator for Assam, Prateek Hajela deposed before the SC that already 20% entries had been re-verified. After this the apex court dismissed the plea of the ruling party and asked the NRC authorities to go ahead with the publication of the final NRC as stipulated on August 31, 2019.

They are apprehending that the percentage of religious minority may not be very high among the would-be foreigners. If that becomes the case it will be difficult for the ruling party to incite anti-Muslim sentiment among the people in Assam in the name of foreigners, because the Assamese people are more concerned about their existential crisis than their religious sentiments.

For them the question is not of religious identity, but of cultural and linguistic identity of Assamese nationality. Here, BJP is in an awkward position. So it is better to postpone the reality than facing it.

The problem is reality cannot be postponed. It has to be faced. Again, what is the meaning of the re-verification of the 20% entires? Who are the people involved in the preparation of the NRC in Assam? Have they come from some other planets?

No this is being done by the staffers of the Government of Assam under the supervision of deputy commissioners and other senior officers at different districts. If their own staffs are not doing it correctly who else can do that? And who is responsible for it? Or do they want to assign this job to the members of their party?

No this argument holds no water. This is obviously self contradictory. It seems their only motive is to keep this issue in abeyance and use it for electoral purposes to garner votes. Foreign national issue is a milch cow in Assam for the BJP and a few other organizations. The publication of the final NRC will end this issue for once and all. So it must be halted at any cost. How can BJP support that? That is why this entire machination against the publication of the final NRC.

We can of course verify and re-verify the documents of suspected people. If they cannot not produce bonafide documents in support of their citizenship, they will automatically lose their claims to citizenship. But if they have all the documents we cannot do anything but admit them as bonafide citizens of India.

So we cannot set a target to get a specific number as foreigners. But, in reality they are saying that which is a most illogical thing. Another surprising thing is the public statement issued by the AASU and some 30 organisations of indigenous people On Thursday (June 29).

In their statement it was said that they would offer help if indigenous people were left out of the NRC. This is absolutely fine. But the statement also said: “But if the names of illegal migrants from Bangaldesh are included in the final NRC, then the Centre and State Governments will be responsible.”

The AASU has lodged numerous such complaints against a large number of people which they have rights to do. But beyond that we cannot dub a person as a foreigner or an illegal migrant. We have to prove and disprove his legitimacy by following set procedures.

BJP has resorted to other ways of machination too to invalidate the NRC process. Sometime back they have given birth to a citizens forum with the sole motive of opposing the NRC.

Recently a delegation of this forum went to meet the CJI and the President of India. They are so powerful that they could easily meet both the highest dignitaries and submit their memorandum to them.

The organisation has also claimed that their memorandum was signed by 2500000 indigenous people of Assam. What a staggering and fantastic figure? But, Prateek Hajela has nullified all their claims in a letter addressed to their president which surfaced this morning.