Cows produce more milk when they listen to tunes on the flute similar to the ones played by Lord Krishna, says Paul 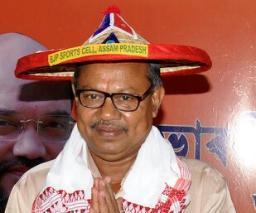 BJP legislator Dilip Kumar Paul has drawn ridicule for his comment that cows produce more milk when they listen to tunes on the flute similar to the ones played by Lord Krishna.

The former deputy speaker of Assam Legislative Assembly made the claim at folk festival in Silchar on Sunday evening, Hindustan Times reported.

Speaking to reporters in Silchar, Paul said on Tuesday, “I told the gathering about the positive impacts of music and dance and how it has been scientifically proved that if cows listen to tunes on flute, like the ones played by Lord Krishna, their milk production rises”.

On being asked about the research on which he made the claim, Paul said a Gujarat-based NGO had done some research a few years ago where the connection between flute tunes and increase in milk yield was proved.

“I am not a scientist, but with vast knowledge in Indian traditional study I can say that these claims are true and scientists nowadays have started believing in these ideas,” Indian Express quoted Paul as saying.