How do I know if they would put my name in the NRC or not, says a worried Nur Mohammad 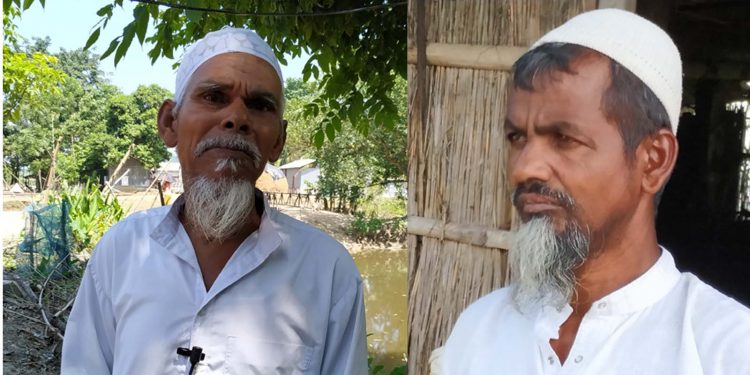 Like many others in his village, Md. Nur Mohammad is also worried as just one day is left for publication of the final National Register of Citizens (NRC).

Nur was just released after spending nine years and seven months in a detention camp, which is housed inside the jail of western Assam’s Goalpara district.

Released on August 9 last after a Supreme Court order, 65-year-old Nur has barely any strength left in him to start a fresh battle to ensure that he is not branded as an illegal foreigner.

Also read: Assam: Security beefed up ahead of publication of NRC

“How do I know if they would put my name in the NRC or not? It does not matter now. I have not done any crime…I was born here and lived here all my life and yet I had to spend long nine years and seven months in the detention centre,” said Nur Mohammad.

A resident of Khutamari village in Assam’s Goalpara district, Nur Mohammad was sent to Goalpara detention camp on January 14, 2010.

On August 9, Nur and eight others were released following a recent order by the apex court to release those detainees, who have spent three years in detention camps.

But Nur Mohammad is not the only one in Khutamari village who are worried over the NRC, which will be published on August 31.

Locals said there are over 100 people in the village, whose names had not figured in the two drafts of the NRC published last year and are looking at an uncertain future.

Saheb Ali got an order from the Foreigners’ Tribunal in Goalpara in 2016 saying that he is not an illegal foreigner but yet his name does not figure in the draft NRC.

“I have submitted all the documents to the NRC authorities including the 2016 FT order. However, my name is not included in the drafts of the NRC. I am not sure what should I do?” said 55-year Old Ali.

The final draft NRC published by the NRC authorities excluded over 4 million people from the document due to some discrepancies in the documents submitted by them to prove their citizenship credentials.

Close to 3.6 million of these excluded people have applied afresh to enlist their names in the citizens’ register.

The NRC authorities as well as the Assam government have  made it clear that non-inclusion of anyone’s name does not instantly makes him a foreigner and that the Foreigners’ Tribunal can only settle their claim which has to be made within 120 days.

Although it is difficult to ascertain if Nur Mohammad, Saheb Ali and many others like them can prove their claims, yet what is certain is that they are all set for another long battle in the days to come to prove their citizenship claims.