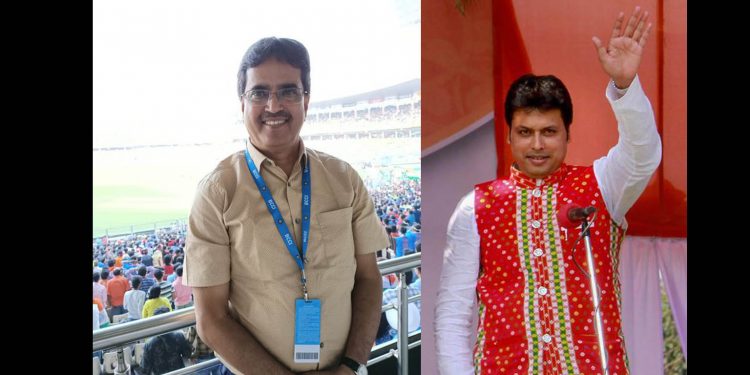 His tenure got over in January 2019, but it extended till August 31, or till the end of the Parliament election process.

“When I became Tripura BJP president, I had a small team and I was laughed at by many who said BJP will never gain anything in Tripura,” Deb said while addressing the party members.

“This small team, however, was powerful enough to dislodge the 25-year-old Manik Sarkar-led CPI (M) government in Tripura,” Deb added.

“I would request Saha to start preparing for the 2023 Assembly election and ensure victory on 100 per cent of the seats,” the CM further said.

Saha, who joined the BJP in 2016, is a dentist by profession. He appealed to the party workers to unite in further strengthening BJP in the state.