Congress will throw CAA into Brahmaputra if comes to power: AICC

I am here (Diphu) to congratulate the people for their opposition to the CAA: Haripal Rawat 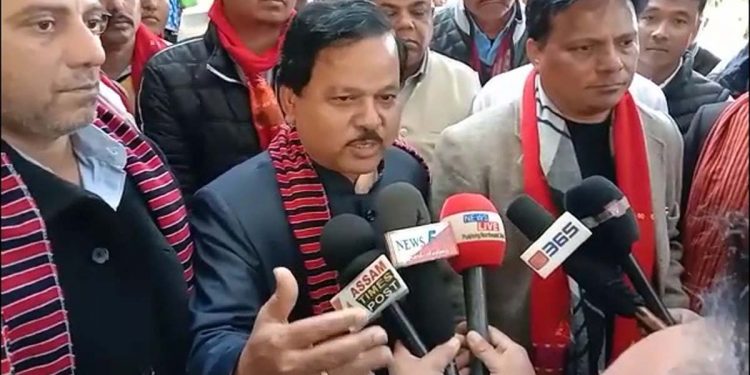 Rawat said this during his visit to Diphu.

Interacting with media persons at Diphu, Rawat said, “I am here to congratulate the people for their opposition to the CAA.”

“Due to the BJP’s wrong policies, 194 people have resigned from the party. I have welcomed them. Whenever our party comes to power, we will throw the CAA into the Brahmaputra,” said Rawat.

“After coming to power at the Centre, we will abolish this Act so that all communities can live together. The division that has been created will be mended.”

The Citizenship Amendment Act seeks to provide Indian citizenship to illegal migrants who are Hindus, Sikhs, Buddhists, Jains, Parsis and Christians from Afghanistan, Bangladesh and Pakistan, and who entered India on or before December 31, 2014.

The bill does not mention Muslims.

The CAA came into effect across the country from January 10, 2020, through a Gazette Notification.

Assam Pradesh Congress Committee (APCC) general secretary in-charge of Karbi Anglong, Durlav Chamua said, “The BJP says there will be no impact of the CAA in 6th Schedule areas as well as in other northeastern states. Then what about the tribals in Tripura which is under Sixth Schedule; do they have their existence?”

“There is only one party which will drive away from the BJP from Delhi,” said Chamua.

“Whatever has been given was given by the Congress and will give in the future as well. By bringing the CAA and making Bangladeshis a majority, we don’t want to destroy the Autonomous Council of the Karbis.”