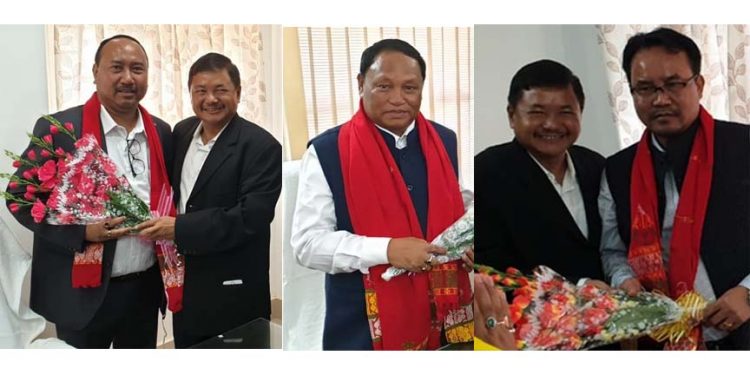 On getting the EM berth, they were allotted chambers by Karbi Anglong Autonomous Council (KAAC) Secretariat.

In the morning, Chief Executive Member (CEM) Tuliram Ronghang and his colleagues congratulated the new EMs and wished them all success in their work.

Out of the total 26 MAC seats, the BJP won 24 seats and formed the Council.

Bey and Teron are new faces while Timung is an old hand.

Timung was an EM in the Congress-ruled KAAC before throwing his lot along with CEM Ronghang into the BJP and winning the next KAAC election under the BJP banner.

Teron is a first time MAC, while Bey is former insurgent leader and was the General Secretary of the now disbanded United People’s Democratic Solidarity (UPDS) before entering politics. The portfolios of the EMs are yet to be allotted but sources said Bey is likely to get PWD.