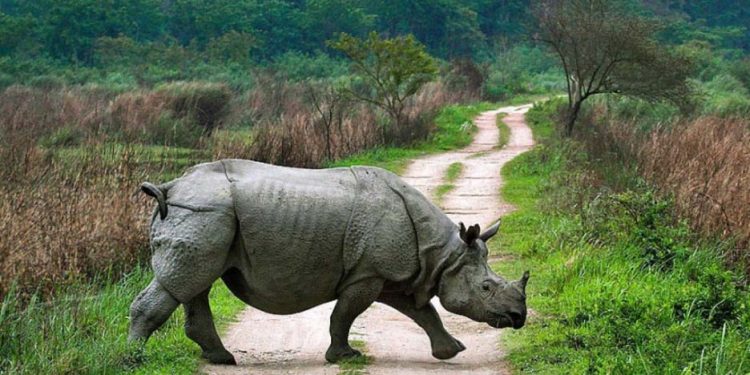 Fish are the reason for killing of rhinos!

It sounds weird but true.

The recovery of the carcass of a rhino from Laokhowa range in the fringes of the Orang National Park on Monday has revealed that rhinos in Laokhowa are killed to ensure illegal trade of fish and leasing of water bodies continues unabated.

The rhino, mortal remains of which were retrieved from under the ground on Monday, actually strayed out of the Orang National Park in 2017. The female rhino stayed in and around Laokhowa on September 24, 2018, before disappearing suddenly in a mysterious way.

“The major problems of Laokhowa and Burhachapori range are the illegal fishing of water bodies. When I was posted in Laokhowa, I seized several fishing nets from the water bodies there. I was attacked also for this. The local people are involved in illegal fishing and they don’t want the rhinos to come out and stay near the water bodies as it affects their fishing business,” said Jitender Kumar, the then DFO of the Wildlife Division, Nagaon.

Kumar did not rule out involvement of forest officials in the incident and said there has to be a detailed probe into the killing of the rhino.

“There were five to six guards posted near Potashali camp then. They should be brought under the purview of investigation. It is not possible to kill rhinos without involvement of forest officials,” he said.

Unfortunately, there is not a single rhino in Laokhowa wildlife sanctuary.

All the rhinos, which had been translocated to Laokhowa earlier, were killed.