Shillong school students to march against climate change on Sept 27 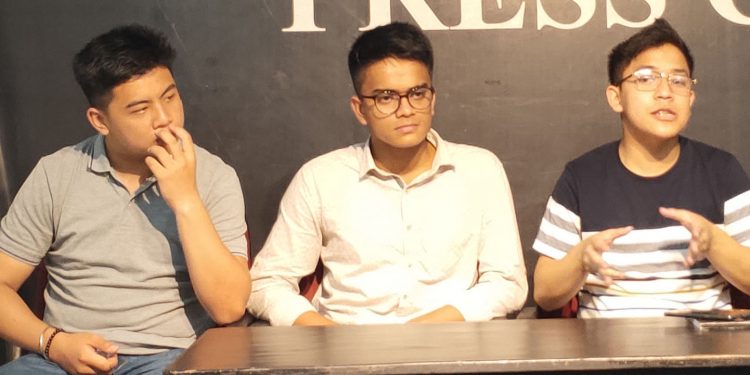 School students in Shillong will take out a march on September 27 as part of the campaign against climate change.

The march will be taken out to mount pressure on the state government not to ignore voices raised by a bunch of students on climate change.

It will be led by a group of school-going students of Shillong under the banner of ‘Friday’s for Future’.

Friday’s for Future is a movement started by Swedish schoolgirl Greta Thunberg in Sweden.

Thunberg, at the age of 15, began protesting about the need for immediate action to combat climate change outside the Swedish parliament, and has since become an outspoken climate activist.

This movement in Shillong has now been joined by hundreds of school students, who also organized the first rally against climate change on May 24 this year and submitted a memorandum to the state government.

Joel told reporters on Monday that Friday’s for Future, Shillong will organise the second rally in Shillong on September 27 to mount pressure on the Meghalaya government to take proactive measures to contain climate change in the city and the state.

Stating that climate change is really affecting the people across the globe, Joel said, “We failed to understand why the government did not listen to a bunch of school students who are equally concerned for the future.”

“The people in power and senior citizens might die of old age, but the future generations will die of climate change,” said Joel.

Joel said in Shillong, the issue is still small, may be, people are yet to realise the impact of climate change and the government has not responded to the memorandum submitted by Friday’s for Future.

“We want to spread awareness among the people and we want greater participation of people to protect the environment because climate change is real. That’s why as students, we are fighting for our future.”

“We are skipping classes to raise awareness, but we failed to understand why the government should not listen to a bunch of school students,” Joel said.

The school students also urged school authorities to implement school buses instead of parents dropping their wards to school on private vehicles.

Friday’s for Future, Shillong had on May 24 suggested six ideas to the state government to fight climate crisis in Meghalaya.

They called upon the state government to recognise an ecological breakdown and acknowledge that climate change is a real problem that requires immediate attention.

The Friday’s for Future demanded mandatory use of public transportation for schools such as school buses to reduce traffic congestion and carbon emissions.

They also sought mandatory rainwater harvesting system for procurement of licenses to develop new real estate projects such as houses, government offices, and commercial buildings in the state.

They also urged the people to make Meghalaya’s towns cycle friendly by having cycle lanes, and ban single-use plastics particularly straws and cutlery.