The Yatra is travelling through various States in the country holding meetings, discussions, public events, supporting struggles, sharing the grief of victims of violence and hate and spreading a message of plurality, love and peace 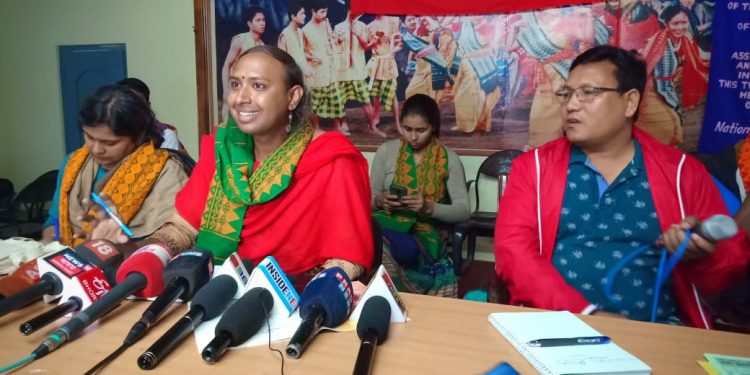 A team of 24 rights activists of the country under the banner of National Alliance of People’s Movements (NAPM), a non-government organization, during its visit to Northeast from November 20 to 23 as part of Samvidhan Sanman Yatra interacted with various civil society organisations on diverse issues of the region.

The NAPM team which arrived in Guwahati on November 20 had interacted with rights activists, authors and intellectuals on Tuesday on different issues including NRC and Citizenship (Amendment) Bill, 2016.

Magsaysay Award winning activist Sandeep Pandey, who is one of the key persons of the team said that, if need be, the civil society groups and leaders belonging to the NAPM would not hesitate to take the legal recourse against the proposed Citizenship (Amendment) Bill, which, they believe, is totally unconstitutional.

Pandey also said that giving work permits (without voting rights) to the illegal migrants who are left out of the NRC list could be one of the options that the government can explore.

The NAPM visited Dimapur on Wednesday (November 21) and held dialogues with various civil society organisations of Nagaland at Don Bosco Institute for Development and Leadership, River belt colony in Dimapur.

During the interactive dialogue between various Naga civil society organisations, the NAPM members highlighted failures of the BJP government under the leadership of Narendra Modi.

They said that the last four years of political journey and churning in the country has, in numerous and fundamental ways, shaken the ethos and fabric of the Nation, which many people probably had taken for granted as being secure.

The team hold discussion with members of local organisation at Bongaigaon on Thursday. On Friday, the team interacted with ABSU leaders in Kokrajhar and addressed a joint press conference with ABSU president Pramod Boro.

The Samvidhan Sanman Yatra was flagged off at Dandi in Navsari district in Gujarat on October 2, the 150th birth anniversary of Mahatma Gandhi against the increased mob violence, hate crimes, casteist attacks, natural resource loot and consistent attack on constitutional values.

The Yatra is travelling through various States in the country holding meetings, discussions, public events, supporting struggles, sharing the grief of victims of violence and hate and spreading a message of plurality, love and peace.

Activist Meera Sanghamitra said that the yatra after travelling through 26 states, would culminate in New Delhi on Human Rights Day on December 10.