Anyone found involved in the case will be awarded befitting punishment: Kiren Rijiju 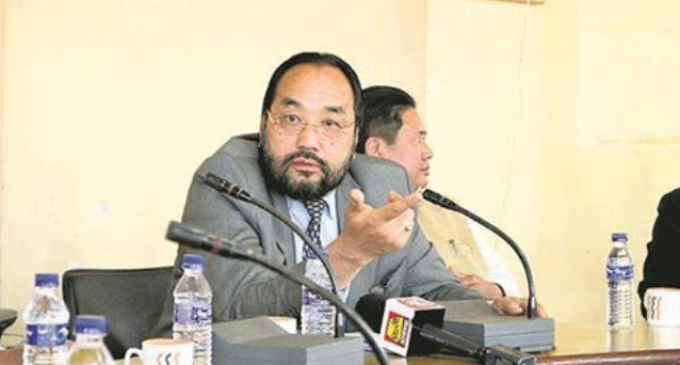 Patton, who is also Nagaland BJP Legislature Party leader, was accompanied by party legislators of the state and advisers Longrineken Ao and Khehovi Yepthomi.

During their meeting with union minister Rijiju, they discussed about the seriousness of the shocking revelation made by gangster Vijay Farmana over a plot of killing.

Farmana claimed that he had taken a “contract” to kill a politician from Nagaland after the Lok Sabha polls.

According to a release issued by the deputy CM’s office, the legislators appealed to Rijiju for intervention of the ministry of home affairs (MHA) for a free, fair, thorough and expeditious investigation into the matter.

They hoped that through the probe, the names of the persons, who had given “contract money along with a Ford Endeavour car” and the politician targeted to kill would come to light.

Patton, who is also the Nagaland minister in charge of home, while reiterating the gravity and seriousness of the case, had informed Rijiju that the state police were kept on high alert.

He also told Rijiju that a team of Nagaland police, headed by an officer in the rank of inspector general of police, was detailed to coordinate with the Delhi police for a joint interrogation and investigation into the matter.

The union minister assured the legislators that the matter would be seriously taken up with the commissioner of Delhi police and that the MHA would leave no stone unturned to unearth the criminal nexus.

Rijiju also assured that anyone found involved in the case, irrespective of the position he or she holds, will be awarded befitting punishment.

The release said Rijiju expressed optimism that the case would be solved at the earliest.