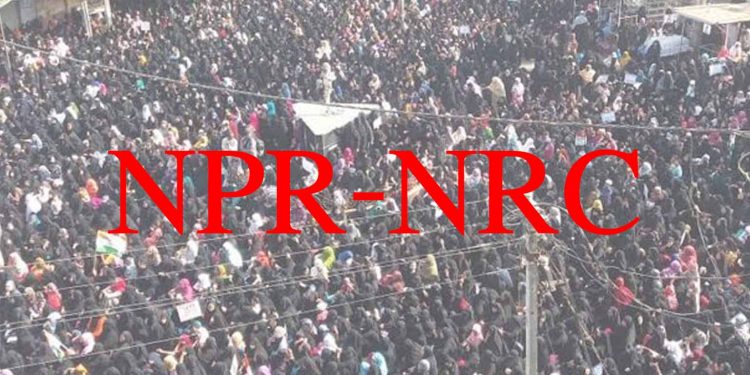 “Our group of former civil servants, with many years of service, is firm of the view that both the NPR and the NRIC are unnecessary and wasteful exercises,” the letter said.

“The two exercise will cause hardship to the public at large,” it added.

“It will also entail public expenditure that is better spent on schemes benefiting the poor and disadvantaged sections of society,” the letter added.

“They also constitute an invasion of the citizens’ right to privacy, since a lot of information, including Aadhaar, mobile numbers and voter IDs will be listed in a document, with scope for misuse,” CCG said.

“Both the exercises flow out of the amendments in 2003 to the Citizenship Act, 1955 and the Citizenship (Registration of Citizens and Issue of National Identity Cards) Rules, 2003,” the CCG added.

“Both were framed by the then NDA government in 2003,” CCG further stated.

“The NPR has nothing to do with the Census of India, which is conducted every ten years and is next due in 2021,” CCG said.

“Census collects information about the residents of India without listing their names,” the CCG said.

“The NPR is a list of names of all those who have lived in India for over six months, regardless of their nationality,” CCG further added.

It further said NRC will effectively be a subset of the population registers for the entire country.

“The 2003 Rules provide for verification of the details in the population register by the local registrar who will separate out cases of doubtful citizenship and conduct further enquiries,” CCG said.

“After carrying out enquiries in respect of residents whose citizenship status is suspect, the local registrar will prepare a draft, which would exclude those not able to establish their claim to be Indian citizens,” it further stated.

“It is at this stage that the experience of the citizens of Assam can cause apprehensions in the minds of those who are required to establish their citizenship, whether or not they profess any religion,” CCG added.

The NPR 2020, unlike the NPR 2010, asks not only for the names of the parents of the resident but also seeks to also record their dates and places of birth.

A person who is not able to furnish these details for his/her parents or, for that matter, for himself/herself, could well be classified a “doubtful citizen”.

“The vast powers to include or exclude a person from the Local Register is going to be vested in the bureaucracy at a fairly junior level,” CCG said.

“We are apprehensive that this has the scope to be carried out an arbitrary and discriminatory manner subject to local pressures and to meet specific political objectives, not to mention the unbridled scope for large-scale corruption,” CCG said.

“The NRC exercise in Assam has thrown up the dangers of such a large-scale exercise- lakhs of citizens have been made to spend their life’s savings running from pillar to post to establish their citizenship credentials,” it added.

“Worrying reports are already coming in of people in different parts of India rushing in a panic to obtain the necessary birth documents,” CCG reiterated.

It further said that the problem is magnified in India as the maintenance of birth records is poor and the birth registration systems are also abysmal.

“Errors of inclusion and exclusion have been a feature of all large-scale surveys in India, the Below Poverty Line (BPL) survey and the Socio-Economic Caste Census being prime examples,” the letter added.

It also said that the NRC exercise in Assam has been equally error-ridden and has led to major discontent.

The letter was signed by 106 former civil servants.