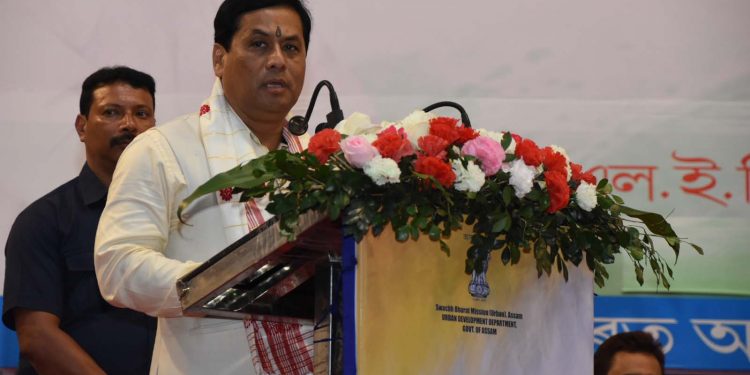 The Assam government has submitted its recommendations to the Centre regarding the framing of rules for implementing the Citizenship (Amendment) Act or CAA, 2019.

Assam Chief Minister Sarbananda Sonowal said this on Wednesday while taking part in an interaction with the journalists in Guwahati.

Sonowal also assured that his government is committed to protecting the interest of the indigenous people of Assam.

“There is no need to be afraid of the CAA. The CAA is a national Act. We are committed to protecting the indigenous people of Assam,” Sonowal said.

“We are not going to compromise on the issue of the people of Assam. No force can threaten the existence of Assamese until I am the Chief Minister of the state,” he reiterated.

“Lots of rumours are being spread by the Congress and Left parties over the CAA. IT is a national Act and it is not a new decision,” Sonowal said.

“The rumours and some fabricated numbers of infiltrators were spread to threaten the local people over the CAA,” he added.

“Since 1952 no government in Assam has realized the pain of indigenous people. I still have the regional sentiment even though I am a member of a national political party,” he said.

I am not going to sacrifice my regional sentiment. However, off late we were being portrayed by a section of people as if we are betrayer,” he added.

“I am a son of the soil and all the members of the cabinet are indigenous. We are not going to work against the interest of Assam or its people,” said the Chief Minister.

“No government in Assam in the past had taken up the issue of providing constitutional safeguard to the indigenous people,” he said.

“It is our government who had already instituted a committee for implementation of Clause 6 of the Assam Accord and we are awaiting the report from the committee in this regard,” the CM added.

“We have done no crime but recently we were being portrayed as if we are all set to destroy the culture and traditions of Assam,” Sonowal said.

“If somebody can protect the Assamese people, it is our government who had been working relentlessly in this
regard,” said the Chief Minister.