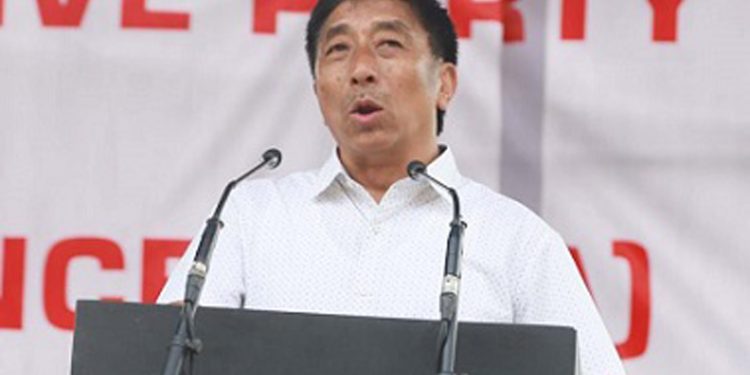 National Democratic Progressive Party (NDPP) Lok Sabha MP from Nagaland Tokheho Yepthomi, in a statement issued on Saturday, clarified as to why he voted in favour of CAB in the Parliament.

“The Citizenship (Amendment) Bill, 2016, had nothing mentioned about the protection of the states from the northeast,” he said.

“On the contrary, it was amended to protectNagaland under the Sixth Schedule and Bengal Eastern Frontier Act 1873,” Yepthomi added.

“In a meeting with the NDA leaders on November 17, the MPs from Mizoram, Manipur, and Nagaland urged home minister Amit Shah to exempt our respective states from CAB and he agreed on this,” Yepthomi said.

“Prime Minister Narendra Modi was also present in the meeting. Exclusion of various states from CAB has been possible only because of the co-ordination of MPs from the Northeast and we will continue to do so,” he added.

“Read the amended Bill and then only the doubts regarding the inclusion of ILP in it will be cleared,” the MP further said.

“My duty is to serve the best to the people of my state and I will continue to do so. It was only after the assurance given by Amit Shah to exempt Nagaland from CAB, I supported the bill in Lok Sabha,” he added.

“My voting in favour of the Citizenship (Amendment) Bill was not a unilateral decision. It was a decision taken after directives from my party President and leaders that I supported CAB in parliament,” he reiterated.

The CAB was passed in the Lok Sabha on Monday and in the Rajya Sabha on Thursday and on Friday President Ram Nath Kovind gave his assent to it, turning CAB into an Act.