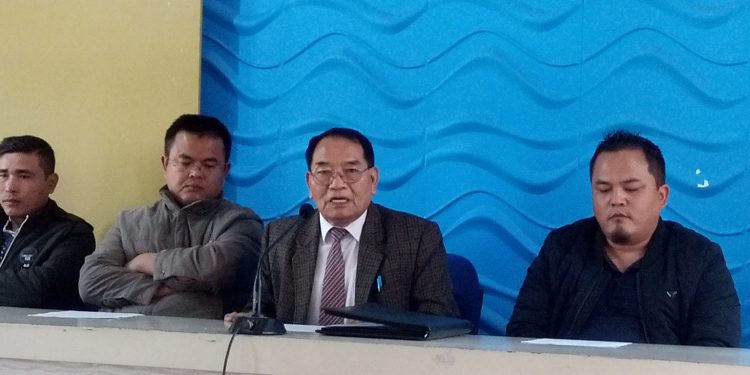 “Centre’s decision to exclude the inner ILP and sixth scheduled areas of Northeast from the purview of CAB is a safety valve to avoid riot in the region,” said Mizoram NPP president Hmingdailova Khiangte.

“It is an attempt to soothe the growing tensions in the region,” he added.

Speaking to reporters in Aizawl on Friday, Khiangte said that the proposed citizenship law is unconstitutional.

“The proposed Citizenship (Amendment) Bill sidelined the Muslim community, which is against the principle of secularism in a secular country like India,” the formed legislator reiterated.

He said the new bill seeks to grant Indian citizenship to those non-Muslim migrants from Pakistan, Afghanistan and Bangladesh who faced religious persecution in those countries.

Khiangte also said that the northeast was not entirely united against the bill because the majority of the states are under the BJP rule.

He alleged that even Mizoram was not wholeheartedly united to oppose the proposed amendment bill.

“The state government, NGOs and the people as a whole were not united. In spite of several efforts, we did not take any concrete measure to oppose the bill,” Khiangte added.

He said that the manner in which the Centre is planning to implement the new law across the country is against the interest of the people of Northeast.

According to Khiangte, the NPP also passed a resolution opposing CAB on November 30, the day representatives of all political parties and NGOs from Mizoram met union home minister Amit Shah over the proposed law.

He added that the party also passed a resolution asking the Centre to ensure that the Naga peace talks do not affect other states and stakeholders.