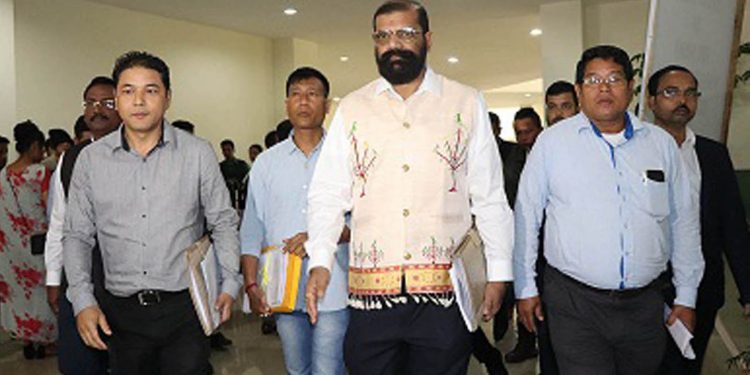 Reiterating its strong opposition to the Citizenship (Amendment) Bill, 2019, the North East Students’ Organisation (NESO) has urged home minister Amit Shah not to go with the contentious bill.

The NSEO urged Shah to respect the sentiments of the indigenous people of Northeast.
The organisation further demanded the implementation of Inner Line Permit (ILP) system across the northeastern states.

NESO chief Samuel Jyrwa said the suggestions were aired to Shah during the consultative meeting on Saturday on the Citizenship (Amendment) Bill, 2019, which the government is planning to get passed in the ongoing winter session of Parliament.

“We have reiterated our stand against the Citizenship (Amendment) Bill on the ground that the Bill is against the interest of the indigenous people of the northeast region,” he told reporters.

Jyrwa said the government should understand that the indigenous people of Northeast are a minority in all fronts, ethnically, linguistically and religiously.

The NESO president said the Citizenship (Amendment) Bill will also nullify the Assam Accord of 1985 whereby the cut-off date of 1971 will be quash with the new provision inserted in the Bill.

“The Bill will only add to the influx problem and ultimately the indigenous populace will become minorities in their own land,” he added.

Jyrwa said the government should take into account the abnormal decadal population growth of 27.8 per cent in Meghalaya according to the 2011 census, which can be attributed to the unabated influx of people from Bangladesh.