Heroin, weighing 284 grams were seized from the arrested duo. 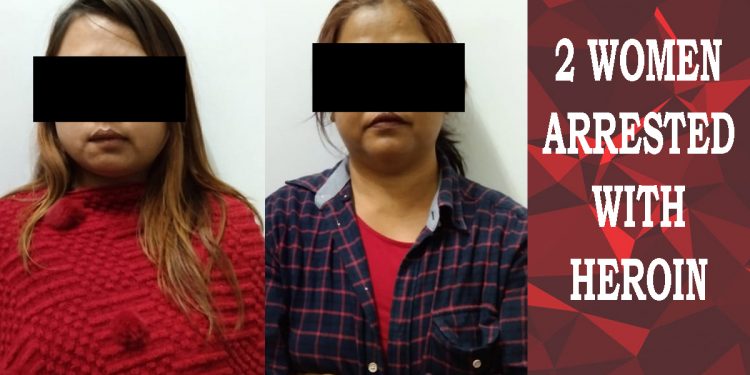 Two women have been arrested by the Mizoram Excise and Narcotics Department for possessing contraband heroin at Durtlang Leitan locality in Aizawl, Mizoram.

Heroin, weighing 284 grams were also seized from the arrested duo.

“The seized heroin is worth Rs 7.70 lakh, which was smuggled from Myanmar,” said Peter Zohmingthanga, spokesperson for the Mizoram Excise and Narcotics Department.

The two women arrested in connection with the case have been identified as Lalthanmawii, aged 45, a resident of Zokhawthar village in Champhai district along the Mizoram-Myanmar border and Vanlalhriati (29) of Darlawn Venghlun in Aizawl.

Both the women have been booked under relevant sections of the Narcotic Drugs and Psychotropic Substances Act, 1985.