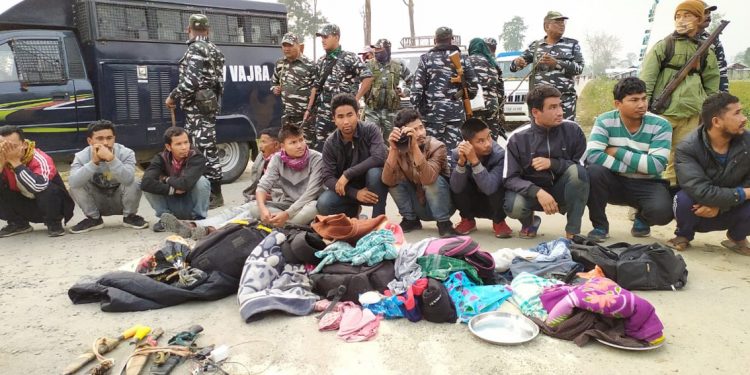 At least 6 officials of the forest department in Assam sustained injuries in an alleged attack by a mob of encroachers “attempting to occupy” its land in Kokrajhar.

The incident took place on Wednesday at Goraibazar village in Kokrajhar district of Assam near the Indo-Bhutan Border.

With the situation turning from bad to worse, the forest personnel opened fire.

However, no casualty or injury was reported in the firing.

Nearly, 40 rounds were fired in the air to disperse the unruly mob.

The district police led by SP Rakesh Roushan rushed to the spot soon after violence broke out and brought the situation under control.

16 persons have been arrested by the police in connection with the incident so far.

Meanwhile, the police have tightened security near the area.

The incident took place after the mob of encroachers allegedly gathered near Goraibazar village near the Indo-Bhutan Border and tried to occupy forest land.

Officials from the forest department immediately rushed to the area and asked the mob to leave.

However, the mob refused to leave and attacked the forest officials, injuring six of them.

With situation getting out of control, the forest officials opened fire.