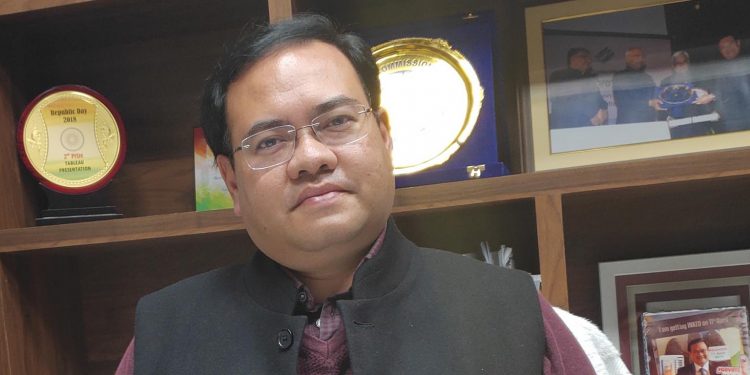 Three-tier security arrangement is being made for conducting the bypoll to Shella assembly constituency.

“A three-tier security arrangement is being made for the bypoll and the state police are also coordinating with the BSF for mobile patrolling in areas along the international border,” he said.

The Election Commission has already deputed one general and expenditure for the bypoll to be held on October 21.

Asked about preparedness for the bypoll, Kharkongor said that over 300 polling personnel have been sent for training, and a final round of training will be held next week.

He informed that 11 vulnerable locations have been identified because of the mixed population, and they are being closely monitored.

There are 58 polling stations in Shella constituency which include 12 non-motorable polling booths including Nongriat village which has the double-decker living root bridge.

There are also 11 booths located within 1 km of the Indo-Bangladesh border, and one polling booth at Kalatek village can be accessed only by boat.

In six polling booths, polling parties have to move two days before the voting.

So far 21 armed licenses have been deposited; he said adding that some trouble makers were under watch.

No cash was seized so far, but liquor worth nearly Rs 40,000 has been seized.

Kharkongor also mentioned about the green election initiatives which have been carried out in line with several initiatives to stop the use of plastics.

He urged the electorates and political parties to use eco-friendly materials during the election campaign and on the polling day.

“We can only appeal to all to avoid using plastics, but use materials that will not harm the environment. We have also forwarded our appeals to all parties,” he said.

Poll volunteers are also being engaged for the bypoll.

As part of the green initiatives, the first five voters who exercised their franchise will be awarded green medals on the voting day.

For the upcoming bypoll, Shella has a total of 29,757 electors including 7 service voters.