Excise employees demand announcement of one-time assistance of Rs. 10 lakh to each of the slain officials and Rs. 4 lakh each to the injured ones 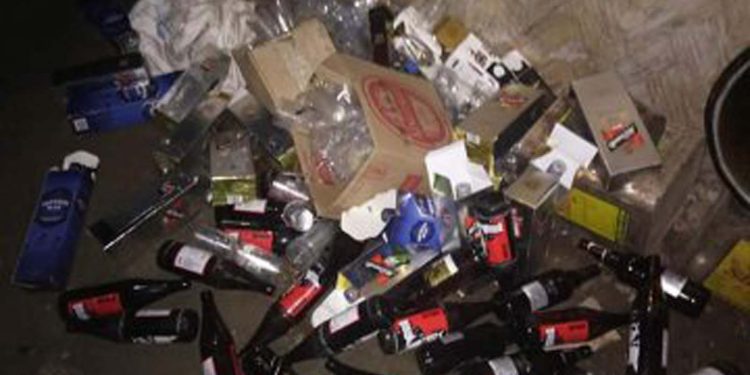 Illegal trade of liquor is set to boom in Assam.

This might happen soon as the enforcement activities of the excise department are likely to come to a halt in the days to come.

The enforcement officials have decided not to get engaged in any enforcement activities until the department shows empathy towards the three officials who died in a ‘mysterious’ road mishap recently while on duty and three others were injured seriously.

Also read: Excise enforcement to come to a halt in Assam soon!

A six-member excise team of the department met with a road mishap at Morongi in Golaghat district on September 25.

Three members of the team including two excise officials died due to the accident while three others were critically injured.

The vehicle in which they were travelling hit a dumper and went into flames, leading to suspicion of a foul play behind the accident.

Interestingly, neither the excise department nor the Assam government is yet to announce any ex gratia to the slain employees or to the injured employees who are undergoing treatment currently in the Gauhati Medical College & Hospital.

Assam chief minister Sarbananda Sonowal has ordered a probe into the incident.

The probe will be carried out by Upper Assam Commissioner Jurie Sonowal.

But the probe order has failed to convince the family members of the deceased.

“Although the government has a policy for giving assistance to employees who die on duty, nothing was done in case of our slain colleagues.”

“The medical expenditure of the three employees, who survived the fatal accident on September 25, was also borne by the staffs of the Kamrup excise department,” said a senior official of the department.

The announcement by excise officials might trigger illegal sale of liquor in Assam.

It may be mentioned here that Assam has about 1,448 licensed wine shops selling foreign liquor across the state and the average daily sale is approximately 39,085 litres.

There is also huge illegal trade of liquor across the state.

In 2018, Assam government destroyed over 6 lakh bottles of illegal liquor worth over Rs. 168 crore.

“We have not to get engaged ourselves in any sort of enforcement activities of the department in coming days.”

“It will be a complete halt to enforcement machinery throughout the state,” the excise official said adding that they have also demanded the government to announce a one-time assistance of Rs. 10 lakh to each of the slain officials and Rs. 4 lakh each to the injured ones.