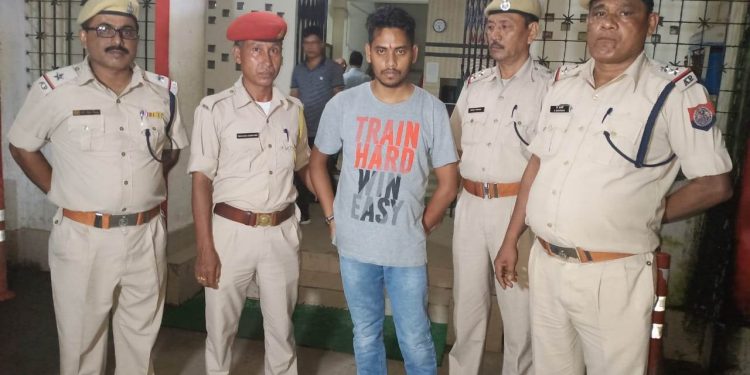 The murder of a youth reportedly by a bootlegger for complaining against the illicit liquor trade in upper Assam’s Jorhat on Monday night resulted in a massive protest on Tuesday.

A large number of protesters including women went on the rampage at Rai Bahadur Lane popularly known as Telia Patty of the town during the protest.

Police had to resort to a baton charge to disperse the mob which destroyed several kiosks which allegedly sold illicit hooch in the locality.

Police source said Ashish Bora, a youth of Rai Bahadur Lane, who has been opposing Illicit liquor business , was fatally stabbed and hit on his head allegedly by Nayanjyoti Das, the son of the owner of the outlet that allegedly sold Illicit liquor in the guise of running a wholesale vegetable business in the area.

Ashish, who had been opposing the illicit sale of hooch since past, was attacked by Nayanjyoti following an altercation after a police team had come to the area to investigate the complaint.

Ashish, who was rushed to Jorhat Medical College and Hospital (JMCH), succumbed to his injuries after a short while of the attack.

Police had picked up Nayanjyoti’s father Atul Das from the Green Park area under Garmur police outpost here on Monday night but the accused had managed to flee.

He was arrested on Tuesday after locals enraged by the death of Ashish came out on the street to protest against the murder.

Officer-in-Charge of the Jorhat police station Ranjit Chetia said that a police team led by him evening had apprehended Nayanjyoti from here and both son and father have been arrested under Sections 302 and 120-B of the IPC.

The Jorhat district administration deputed an executive magistrate to seal the shop owned by Das.