Seems that environmental clearance has been issued based only on East Jaintia Hills DC's recommendation: Hamletson Dohling 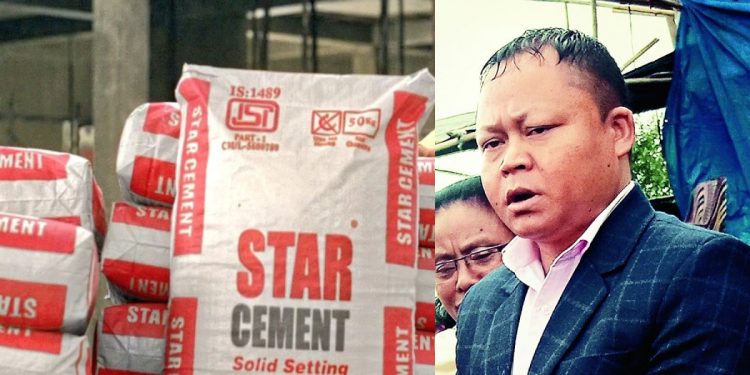 Meghalaya Minister for soil and water conservation Hamletson Dohling has written to the Centre urging it to reconsider the go ahead given to Star Cement for limestone mining in East Jaintia Hills district of the State.

In his letter to the Centre, Dohling said that the clearance for limestone mining operations was given to Star Cement based on the recommendation of the Deputy Commissioner (DC) of East Jaintia Hills district.

“…it seems that environmental clearance has been issued based only on the East Jaintia Hills deputy commissioner’s recommendation…” Dohling stated in his letter.

He added that the people and organisations in East Jaintia Hills have been opposing the grant of clearance to Star Cement as they fear that expansion of the company’s projects in the district would have an adverse effect on the already ‘polluted’ Lukha River.

“I request you to kindly reconsider withdrawing the environmental clearance for the welfare of the people of the area and East Jaintia Hills district,” Dohling added in his letter.

Unhappy with the MoEF&CC’s decision to accord Environment Clearance to Star Cement for mining limestone and shale on a 42.05 Ha area at Brishyrnot village in East Jaintia Hills district of Meghalaya, people have resorted to the signature campaign.

The petition has been initiated by Kwilnis Suchiang, president of the Narpuh Circle of the Khasi Students’ Union (KSU) on the change.org platform, and is addressed to Prakash Javadekar, Union Minister for Environment, Forest and Climate Change.

The petition said if Star Cement starts its mining project, it would drastically impact at least 15 villages in the surrounding areas.

Moreover, the proposed mining area is close to important river systems in far-east of Meghalaya, which are already polluted because of aggressive mining activities by the existing cement companies.

The Jaintia Students Union on Friday had registered two separate complaints with the National Green Tribunal (NGT) and MoEF&CC against the Environment Clearance accorded to Star Cement.

The JSU also described the Environment Clearance to Star Cement as “highly illegal” and said it violated the prescribed rules and norms.

“It is evident that the Meghalaya State Pollution Control Board has usurped the rights of the local residents and groups and has forcefully suppressed the voices of the affected people,” the JSU had said in its complaint.

The JSU had also raised the point that the no-objection obtained from the local villagers is highly arbitrary, coerced and without the knowledge of the affected groups and the JSU, which represents a large population of the affected persons.

The JSU demanded that the Environment Clearance issued to Star Cement be cancelled as per para 8 (vi) of the EIA, 2006 as the Meghalaya State Pollution Control Board had submitted “false and misleading information” to the MoEF&CC.