Complaint being filed under Para 8, Clause 6 of EIA 2006 to the Ministry of Environment, Forest and Climate Change 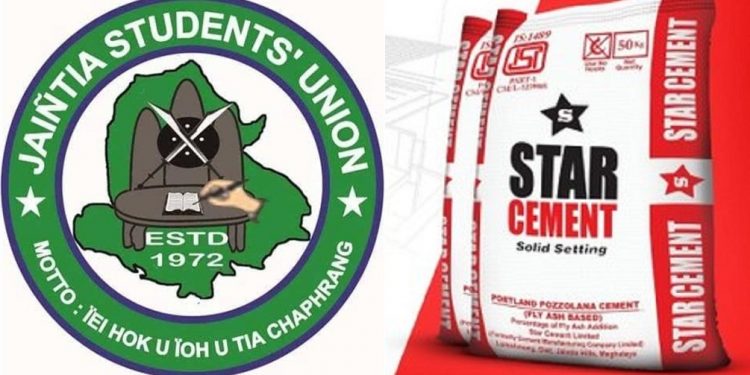 The Jaintia Students’ Union (JSU) will register a formal complaint with the Ministry of Environment, Forest and Climate Change against the Environment Clearance accorded to Star Cement for a major expansion project in Meghalaya.

It has been reported that the Ministry of Environment, Forest and Climate Change on June 8 accorded Environment Clearance to Star Cement to mine limestone and shale at Brichyrnot village in East Jaintia hills district of Meghalaya.

Star Cement Limited is the largest cement manufacturer in Northeast India, with a total installed capacity of 4.3 MTPA.

The JSU, which represents the Jaintia tribals in the eastern part of Meghalaya, registered strong protest after a public notice was issued by the Star Cement Limited recently, claiming that Environment Clearance was accorded flouting the MoEF&CC rules.

The Jaintia students’ leaders claimed the Meghalaya government had deliberately tried to hide the fact that the Meghalaya State Pollution Control Board (MSPCB) had put forward a recommendation, based on which the MoEF&CC accorded the Environment clearance.

On June 15, the JSU wrote to the Deputy Commissioner of East Jaintia hills district to clarify as to how Star Cement was accorded the Environment Clearance to mine limestone and shale at Brichyrnot village in East Jaintia Hills district of Meghalaya. 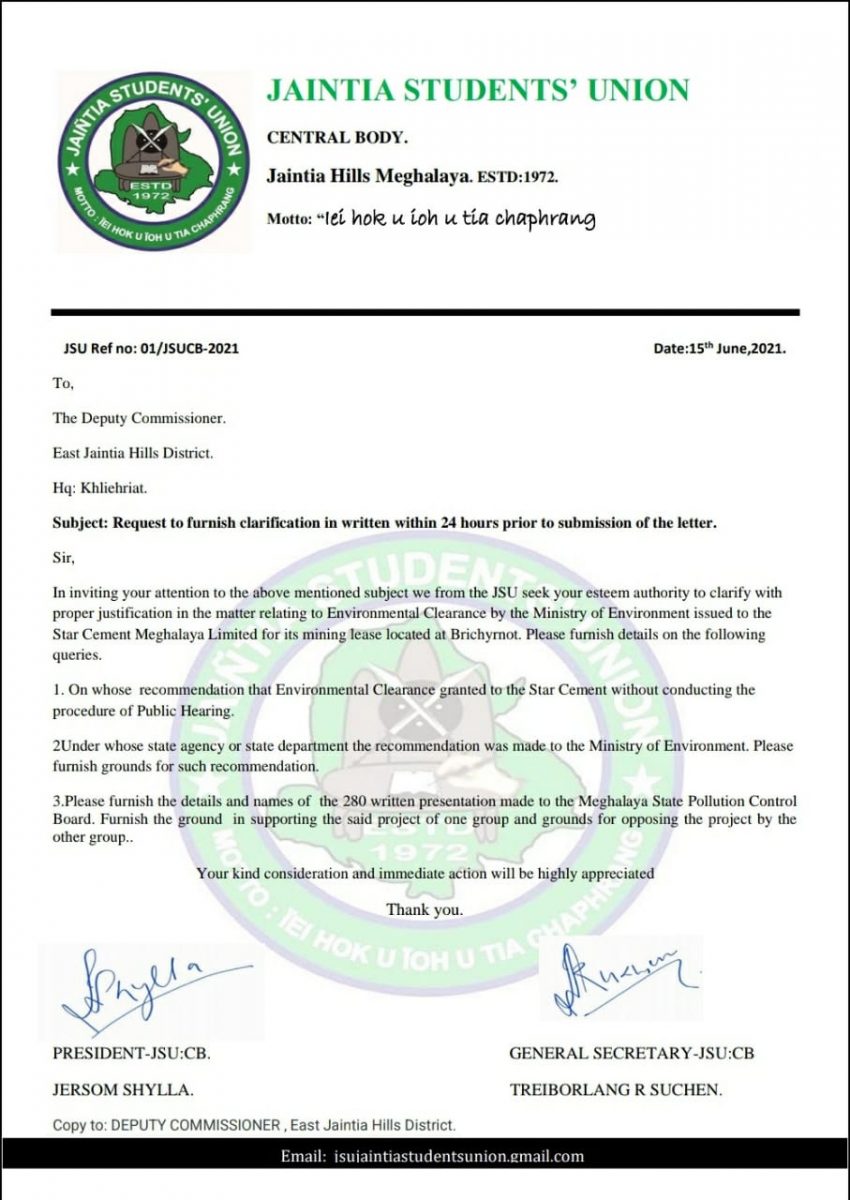 After interaction with the Deputy Commissioner of East Jaintia Hills district, the JSU Central Committee members are convinced that the management of Star Cement furnished false documents to obtain the Environment Clearance.

Serious questions have been raised as to how the Environment Clearance was accorded without Public Hearing.

A public hearing is a mandatory step for Environment Clearance for mining projects because it provides a legal space for local people to come face-to-face with the project proponent and the government to express their concerns.

The JSU leadership resolved that they would fight tooth and nail to put a stop to Star Cement’s expansion project in the East Jaintia Hills district.

The students’ union claimed the decision to accord Environment Clearance to Star Cement is against the Land Tenure System and is a clear case of violations of the Sixth Schedule of the Constitution.

Interestingly, the Jaintia Hills Autonomous District Council (JHADC) is silent on the issue, and apparently, the Village Council of Brichyrnot had issued a no-objection certificate to Star Cement without the knowledge of JHADC.

Now, the Jaintia Students’ Union (JSU) is gearing up to register the formal complaint under Para 8, Clause 6 of EIA 2006 to the Ministry of Environment, Forest and Climate Change.

Para 8, Clause 6 of EIA 2006 clearly says that deliberate concealment and/or submission of false or misleading information or data which is material to screening or scoping or appraisal or decision on the application shall make the application liable for rejection, and cancellation of prior environment clearance granted on that basis.

Rejection of an application or cancellation of a prior environment clearance already granted, on such ground, shall be decided by the regulatory authority, after giving a personal hearing to the applicant, following the principles of natural justice.