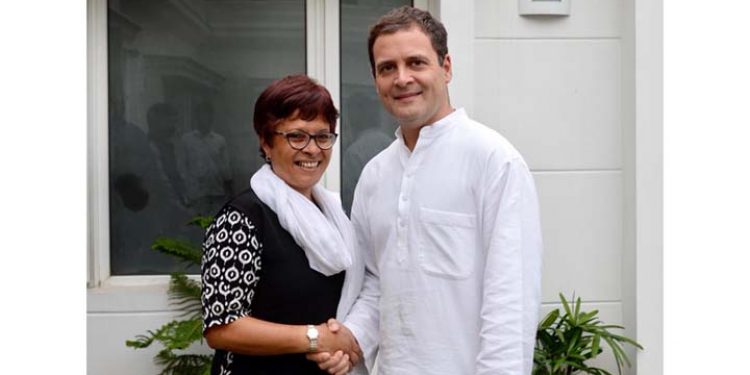 Shillong East MLA and former Meghalaya Minister Dr Ampareen Lyngdoh, who has been given responsibility of AICC secretary in charge of Mizoram, met Congress president Rahul Gandhi in the national capital on Saturday.

Dr Lyngdoh also expressed her gratitude towards the party and the party chief for appointing her as the AICC secretary in-charge of Mizoram.

On Saturday, former Meghalaya Minister Lyngdoh tweeted: “My gratitude to Rahul Gandhi and the party for appointing me as Secretary of the AICC, in charge of Mizoram.”

Stating about her meeting with the Congress president, Dr Lyngdoh tweeted: “It was an honour to meet Congress President today – Mizoram will be a challenge but will never say ‘die’.”

It may be me mentioned that the AICC last week announced the names of the new party secretaries who have been given charges of various northeastern States.

Among the new secretaries former Assam Power Minister Pradyut Bordoloi has been appointed as the in-charge of Nagaland and former Bihpuria MLA of Assam, Bhupen Bora has been assigned to look after Tripura.

Meghalaya Congress leader Zenith Sangma, brother of former Chief Minister Mukul Sangma, has been made the general secretary for Arunachal Pradesh while Charles Pyngrope has been given the charge of Manipur.