First kidney transplantation of a foreigner performed in Manipur hospital 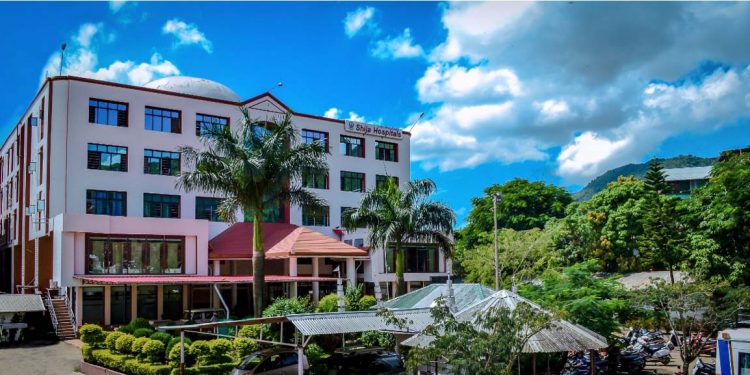 The Shija Hospitals & Research Institute (SHRI), a private hospital at Imphal, the capital city of Manipur, performed the first kidney transplantation of a patient from a foreign country.

The transplantation was conducted on a 42-year-old lady from Mandalay in Myanmar.

Addressing a press conference at Imphal on Thursday, chairman-cum-managing director of SHRI, Dr Palin Kh, said the patient was on hemodialysis and the transplantation was done on December 7 last year.

She was discharged from the hospital in a stable condition on December 30, 2019, he informed.

A team of doctors, led by urologist and renal transplant surgeon Dr Somorendro P and nephrologist Dr Guliver P of SHRI conducted the transplantation process once the formalities through the Consulate General of Myanmar in Kolkata and state authorities were completed.

So far, about 45 kidney transplantations were conducted in the last three-and-half years at SHRI.

“We’ve treated more than 1,974 patients from Myanmar after the border gates were opened on August 8, 2018,” said Dr Palin Kh.

“Out of them, 262 patients have undergone major surgeries,” he added.

SHRI started its Shija Mission Myanmar in May 2013 as an endeavour towards the Indo-Myanmar connection through healthcare.

It has been at the forefront of making Manipur one of the medical tourism destinations.

Earlier, three health camps were organized at Monywa General Hospital in Myanmar wherein 345 cleft lip and palate, cataract blindness and key-hole surgeries were performed after it started its medical tourism, he added.

SHRI in collaboration with the association of minimal access surgeons of India also provided two months’ free training to two surgeons and six nurses from Myanmar in the areas of laparoscopic surgery, operation theatre technology, and critical care.