The bilateral meet is expected to provide impetus to border trade, developing people to people contact and curb illegal activities in the region 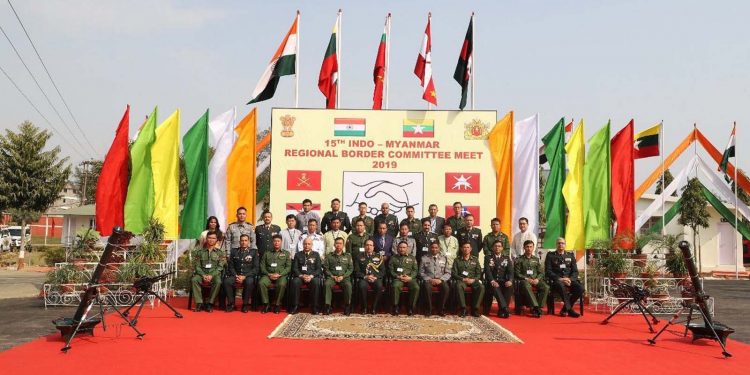 A 19-member delegation consisting of officials of the Myanmar Army, police and other agencies attended the meeting.

The meeting addressed issues related to enhancing cooperation and coordination between the two nations on security and border management issues.

The meeting is expected to provide impetus to border trade, developing people to people contact and curb illegal activities in the region.

The meet commenced with welcoming the Myanmar delegation on Monday.

The meet was conducted in an extremely cordial atmosphere where the Myanmarese delegation was accorded a warm traditional Manipuri welcome.

The delegation was enthralled by the amazing beauty, grace, and energy of the traditional cultural performances by the local Manipuri artistes.

The event showcased the shared historical, ethnic, cultural and religious ties between the two nations.

After the meeting, the delegation will visit Bodh Gaya, which is an important place of pilgrimage for the people of Myanmar.