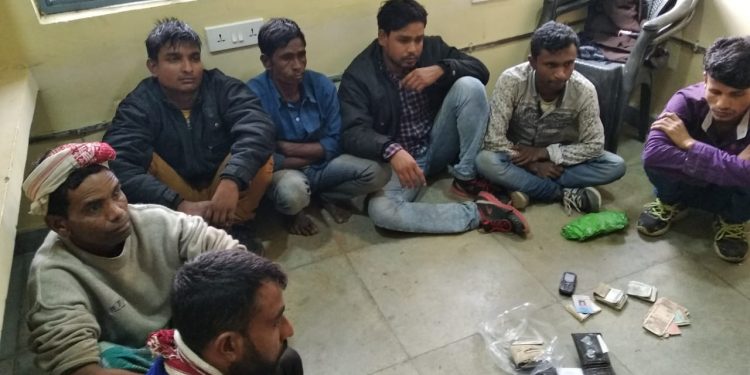 Days after Assam chief minister Sarbananda Sonowal asked the state DGP to take stern action against the syndicates in Assam, the police have busted an international cattle smuggling racket and nabbed 16 persons over last 48 hours for their alleged involvement in the racket.

The police have also seized at least 13 cattle which were kept to be smuggled into Bangladesh, police said adding that all the 16 persons have been nabbed from different locations in Dhubri district.

“We have conducted several raids in different areas of Dhubri district in last 48 hours which yielded in the arrest and seizure. We have also recovered four dumpers, tools to cut the barbed wire in the international border and many objectionable items from their possession,” said a senior official of the Assam police.

He said the smugglers have been waiting for opportune moment to approach towards the border.

Dhubri district shares international border with Bangladesh and is often used by the cattle smugglers to smuggle cattle and other goods including fake Indian currency notes, liquor etc.

The smugglers often keep the security agencies along the Indo-Bangladesh border including the police and the BSF.

During the month of April this year, BSF troops has effected a seizure worth more than Rs 2,05 crores including cattle- 499 Nos, liquor 1,514 bottles , biri 2640 pickets, betel nuts  worth Rs.4.76 lakh in 150 cases BSF troops also apprehended 36 person including 23 Indian nationals and 13 Bangladeshi nationals for their involvement in these illegal trades.