Renowned industrialist BR Shetty, who was supposed to buy the Nagaon Paper Mill, had called up four days back and refused to buy the closed mill 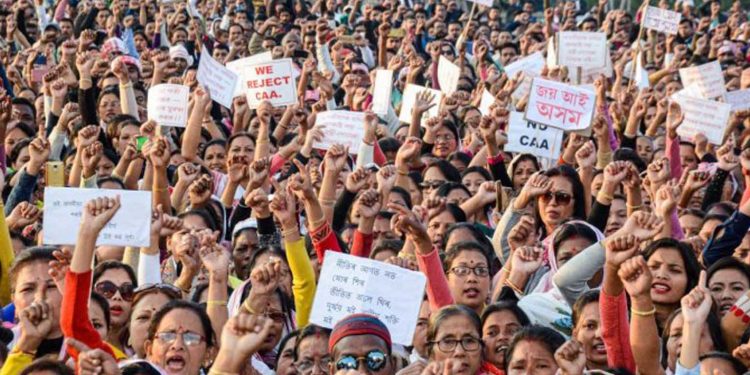 Unhappy over the Centre and state government’s failure to assess the risk of passing CAA, investors from Norway and Hungary walked out from Assam.

“Two investors from Hungary and Norway have expressed their unwillingness to come and invest in Assam and withdrawn investment to the tune of Rs 6000 crore,” said Assam industry minister Chandra Mohan Patowary.

He was interacting with the media in Guwahati on Friday, where he said that violent protests against CAA have added to the woes of Assam.

“Another investor from London also refused to invest in Assam and this is also due to the recent violence over the Citizenship (Amendment) Act (CAA),” Patowary added.

“The state has faced dire situation due to the recent violence and protest,” Patowary reiterated.

Patowary further said that renowned industrialist BR Shetty, who was supposed to buy the Nagaon Paper Mill, had called up four days back and refused to buy the closed mill.

“Witnessing the situation in Assam, Shetty said this is not the right time to invest here,” said the Minister.

The BJP-led governments in Assam and the Centre have failed miserably to assess the risk before passing the controversial Citizenship (Amendment) Bill, which led to severe protests and violence.

The Assam home department has also failed to handle the situation after the protests over CAA turned violent and led to mayhem, killing five people in police firing and injuring several others.

The army had to be called in to assist the state police in controlling the law and order situation even as the Army staged flag marches in different districts of the state to contain the situation.

The home department had also resorted to imposition of indefinite curfew in some places including Guwahati and restricted mobile internet services for few days to tackle the situation.

Meanwhile, protests over CAA is still continuing in Assam with thousands of people staging anti-CAA protests almost every day.

The Assam government has also been organizing peace rallies in different places to showcase its strength.