Assam: Over one lakh protesters raise voice against CAA in Dhemaji 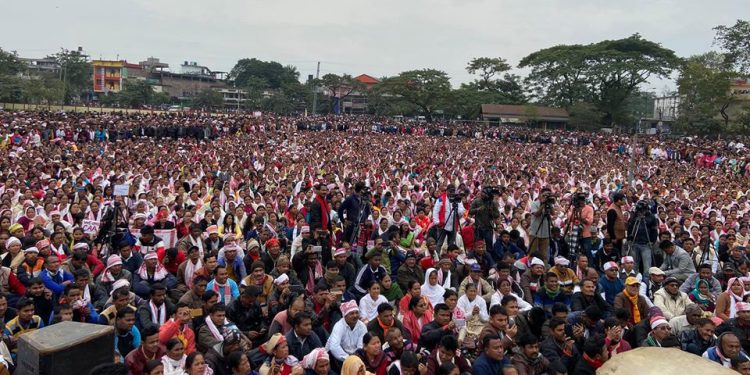 Over one lakh people assembled at Dhemaji on Thursday.

Over one lakh people from all walks of life including students, women and old-man and women in large number assembled at Dhemaji Kachari Moidan on Thursday and staged protest against Citizenship (Amendment) Act (CAA).

They chanted slogans against the governments and played traditional musical instruments as a mark of protest.

Addressing the gathering, AASU’s general secretary Lurinjyoti Gogoi said the state government in Assam is surviving burning problems of the state like flood, erosion and growing unemployment for creating political issues in need, while has miserably failed to protect dignity of the rural farmers. 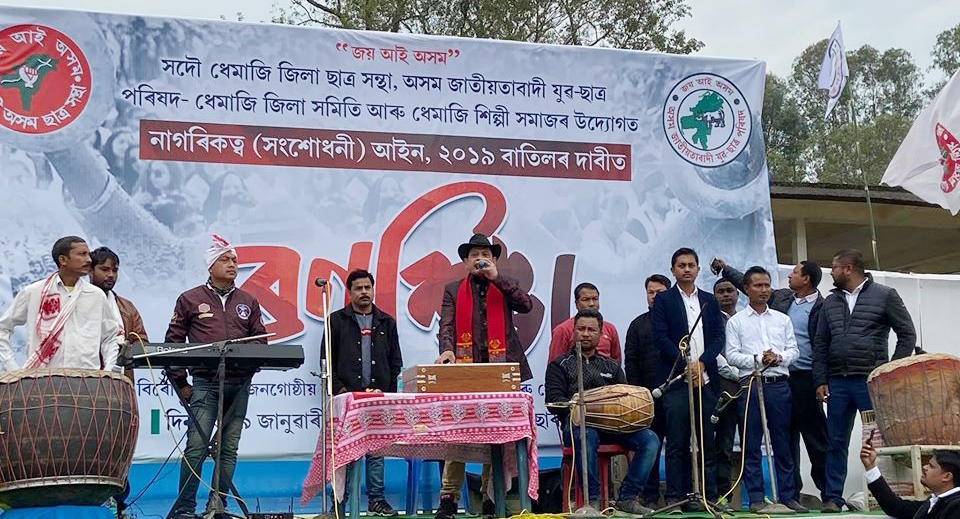 According to Gogoi, chief minister Sarbananda Sonowal and other BJP leaders have hatched a conspiracy against the indigenous people and to derail the movement they have talked about various developmental packages.

He alleged that ruling BJP and its allies are spreading communal tension through its ‘Peace & unity rally’, which is formulated by the party to ruin age-old unity among the tribal and non-tribal communities of the state.

The AASU leader said that anti-CAA protest by the people was not influenced by Congress (I) or any Left parties as said by BJP leaders.

“It is outburst of the suppressed sentiments of indigenous people, who are staging open war to save their motherland with protection of their language and cultures,” he said.

Gogoi said that people of Assam did not empower chief minister Sarbananda Sonowal and minister Himanata Biswa Sarma to determine the fate of the state, but they were given the opportunity only to represent people for a period of five years in terms of all round development.

“The Assamese people after losing their faith on Sonowal, have taken decision to formulate policies of their own to protect language, culture and traditional ethos of the indigenous communities”, he added.

AASU vice president Chittaranjan Basumatary said BJP is dividing indigenous communities in the name of religion, cast and creed, which is carrying a pessimistic symptom.

AJYCP general secretary Palash Changmai said chief minister Sonowal and other BJP ministers and MLAs have lost courage to face the people for their anti-people policies.

He appealed the protesters to continue their move, said that it signifies safe survival of the indigenous people on this land.

Attending the rally, eminent singer and lyric Mahendra Hazarika opined that nobody has been entitled right to destroy language, culture and civilization of a community/society, which ruling BJP is doing in the state. He opposed CAA by singing patriotic songs.