Assam finance minister Himanta Biswa Sarma promises to make the Re.1 rice free after the next budget 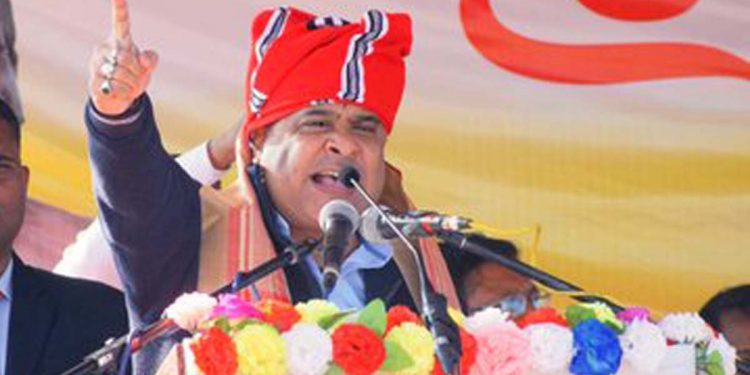 Assam finance minister Himanta Biswa Sarma on Wednesday said the Citizenship Act was amended twice in the past, but the AASU was scared of protesting against it during the periods of then Assam chief minister Prafulla Mahanta and Hiteswar Saikia.

Sarma said this while addressing a peace rally at Dhemaji in north Assam on Wednesday.

Attacking the anti-Citizenship Amendment Act (CAA), 2019 protests by All Assam Students’ Union (AASU) and other groups, Sarma said the AASU did not raise their voice in 1987 when the Citizenship Act was amended during the tenure of the then chief minister Prafulla Kumar Mahanta.

“The AASU was scared of ‘secret killing’ regime of Mahanta and so they did not raise their voice then,” said Sarma.

“The Citizenship Act was amended once again in 1992 during the tenure the then chief minister, Late Hiteswar Saikia. However, the AASU and others did not raise their voice as they were scared of the hard stance of Saikia,” said Sarma.

Also read: Assam: Voices against CAA get louder in Dhemaji

“However, not a single Bangladeshi infiltrator was allowed to sneak in after 2014 when Narendra Modi became the Prime Minister of India,” he claimed.

The minister further said misinformation is being spread over the CAA, 2019.

“The Act is not allowing any new people from across the border. A mere 3.5 lakh to 4 lakh people, who came after 1971 due to failure of the Congress to stop infiltration, would get the opportunity to apply for citizenship,” he said.

The minister also slammed the AASU and other organizations for remaining silent when school teachers were raped and girls were attacked in the name of ‘Love Jihad’ in districts like Dhubri and Barpeta.

“This shows that they (AASU) have lost the courage to fight against the Ajmals (referring to Badruddin Ajmal, who leads All India United Democratic Front (AIUDF),” he said.

“However, the BJP workers will fight with their last drop of blood to stop Ajmal and his likes to become Assam’s chief minister,” he said.

Sarma further said the huge gathering at Dhemaji made it clear that BJP is coming back to power in Assam once again.

Sarma said the government will make monthly medicine available and household electricity free of cost and will provide sugar and dal at half the price after the next budget.

“I am also promising you to make the Re.1 rice free after the next budget,” he added.