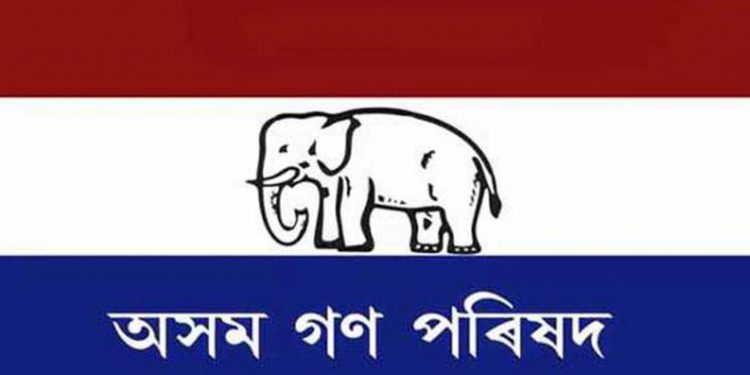 The Asom Gana Parishad (AGP), after supporting the Citizenship (Amendment) Act (CAA) in the Parliament, is now taking an anti-CAA stand as it called upon the Centre on Tuesday asking to keep Assam out of CAA’s purview.

On Tuesday, an AGP delegation led by president Atul Bora called on Assam Governor Jagdish Mukhi and handed over a letter and urged Mukhi to forward it to the Prime Minister.

Later while interacting with the media Bora said, “We have demanded for keeping Assam out of CAA purview in the letter.”

“The Sixth Schedule areas of Assam, Tripura and Meghalaya along with Arunachal Pradesh, Nagaland, Manipur and Mizoram are out of CAA. We want entire Assam to be out of it,” Bora added.

“Moreover, the interests of the indigenous people of Assam should be safeguarded at any cost,” he further said.

The AGP delegation, however, refrained from saying anything if they will continue to be a part of the NDA or not.

Bora also did not give any specific answers as to why AGP voted in favour of CAA in Rajya Sabha.

AGP MP Birendra Prasad Baishya voted in favour of CAA in Rajya Sabha even though he argued that the “act may hamper Assam and its culture and tradition”.