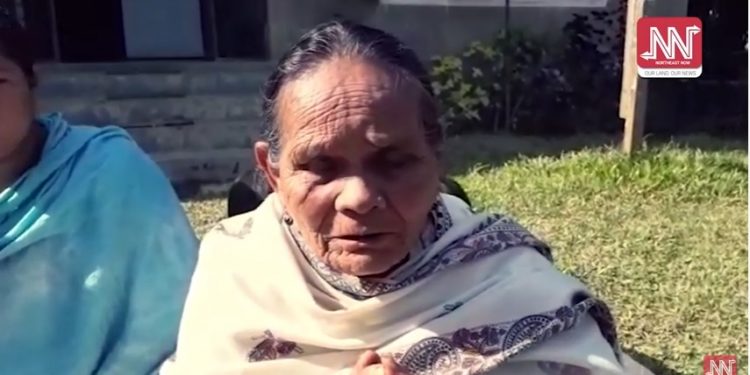 The aged lady, demanding the release of her son from National Investigation Agency (NIA), had begun an indefinite hunger strike in front of her residence at Selenghat in Assam’s Golaghat district on Friday.

Despite suffering from diabetes and heart ailments, her motherly love stood undeterred as she continued her hunger strike continuously for three days till now.

She also asked the government to scrap the contentious Citizenship (Amendment) Act (CAA), 2019.

He also demanded the release of the arrested peasants’ leader Akhil Gogoi.

A NIA court in Guwahati had sent the KMSS leader to 10 days NIA custody on Tuesday last.

KMSS is one of the key organizations spearheading protests in Assam against the Citizenship (Amendment) Act (CAA).

The NIA alleged that Gogoi merged KMSS with Revolutionary Communist Centre (RCC) in 2009.

The peasant leader had been booked by NIA (case no 13/2019) under Section 120 B (punishment of criminal conspiracy), 124 A (sedition), 153 A (unlawful association) and 153 B (imputations, assertions prejudicial to national-integration), and Section 18/39 (punishment for conspiracy) of the Unlawful Activities Prevention Act (UAPA).