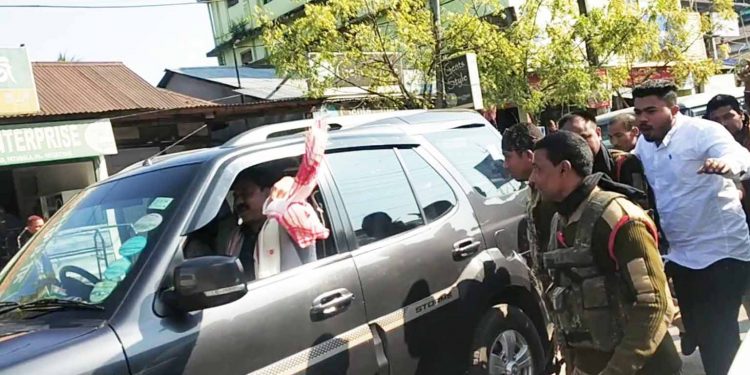 Assam BJP president Ranjit Dass was shown black flags by AASU members in Pathsala on Thursday, which he countered by waiving back ‘gamosa’ to them.

The state BJP president was on his way to meet the family of deceased BJP leader Pranjal Deka when agitating AASU members raised anti-CAA slogans and showed black flags at his convoy.

“When Dass’ convoy passed through Pathsala town, AASU members showed black flags at him. In response, the BJP president was seen waiving ‘gamusa’ to them,” said an eyewitness.

Protests against the Citizenship (Amendment) Act (CAA) intensified in Assam and across the country after it was passed in the Parliament.

Five people in Assam have also been martyred in the anti-CAA movement so far.