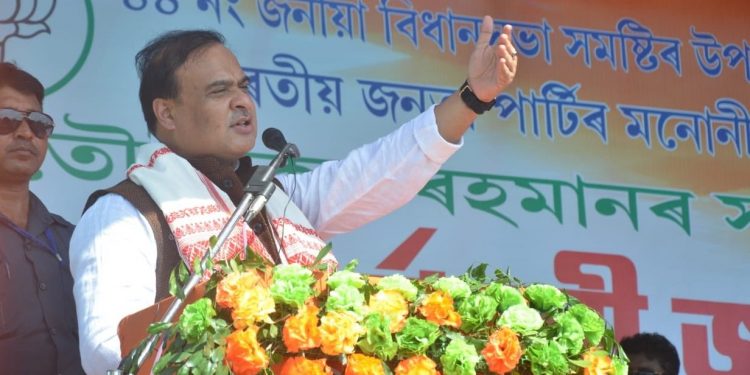 Amid the unprecedented protests against the Citizenship (Amendment) Act (CAA) in Assam, the BJP on Wednesday organised a peace rally in Barpeta where around 50,000 people participated.

Addressing the rally, Assam finance minister Himanta Biswa Sarma asserted that the party will only gain in the 2021 state Assembly polls.

“The people of Assam are with us as they know that CAA will not endanger the Assamese language, culture, and identity,” Sarma said.

“In fact, in the 2021 Assembly election we will win a record number of seats and form the government,” he reiterated.

Lashing out at the protesters, Sarma said, “The claim that CAA will give free entry more Hindu Bangladeshis is completely false and is misleading.”

He also mocked the protesters and said the protest will soon enter Guinness Book of Records.

“This protest against CAA is carried out on the basis of misinformation and I am sure this will soon enter the Guinness Book of Records,” Sarma reiterated.