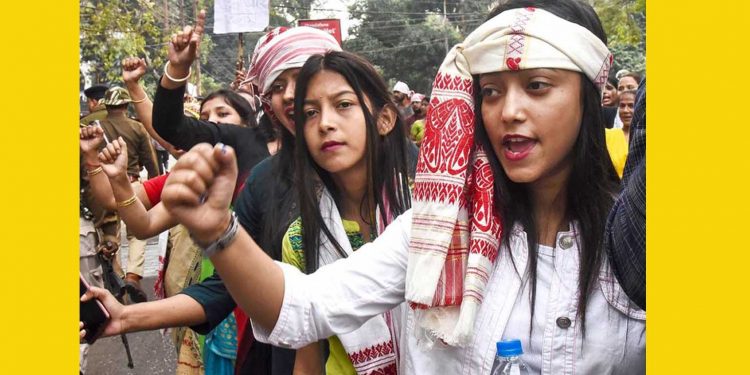 Protests against CAA is far from over as the students of Cotton University on Friday protested the Act even as they appeared for their end-semester examinations.

Protesting against Citizenship (Amendment) Act (CAA), the students sported black badges with “NO CAA” written over it and ‘gamosa’ and carried out the symbolic protest.

“We will oppose CAA, no matter what. We have come to sit for the examination today by wearing black badges in protest against CAA,” said a student.

“Over 1000 students have worn black badges as a part of this protest,” the student added.

Several students also alleged that the government is trying every trick in the book to suppress the student movement against CAA.

“They have been trying every trick to suppress our movement, but they should know we will not stop,” the students added.