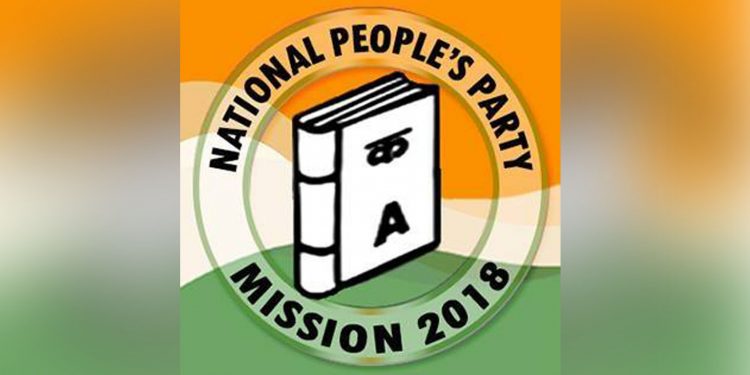 The National Peoples’ Party (NPP) has asked its members not to make any comment or taking part in any rally against or in favour of the Citizenship (Amendment) Act.

This became evident on Friday after a statement to this effect issued by the NPP National General Secretary, Thomas Sangma has gone viral on social media.

The statement dated January 1, 2020, was signed by Thomas A Sangma, the national general secretary of the NPP.

“In regards to the recent amendment of Citizenship Act, 1966, CAA, 2019, it has come to the knowledge of the national executive committee of the party that certain members of the party are commenting on the political and social impact of such amendment upon the general people of North-eastern India,” the statement said.

“As our party has already made its stand clear on the CAA, it is hereby directed to all the members of the party to refrain from passing any comment in their official capacity, on CAA without prior written permission from the national president,” the statement added.

“Similarly, no member shall have the right or authority to initiate legal proceedings in any court of law including the Supreme Court of India regarding the subject
matter of CAA,” it added.

“It is further clarified that no member of the party shall take part in any rally under the party’s banner, whether such a rally is in support or against CAA, without prior written permission from the National President,” the statement said.

Along with the rest of the northeastern states, Meghalaya capital Shillong also witnessed violent protests against C(A)A earlier last month.

Meghalaya Chief Minister Conrad Sangma had sought an appointment with Union Home Minister Amit Shah over the CAA related protests in the state.

The Home Minister, however, only assured Sangma to meet After the Christmas.

Despite repeated attempts, Sangma did not respond to the calls made by Northeast Now and WhatsApp message remained unresponded.