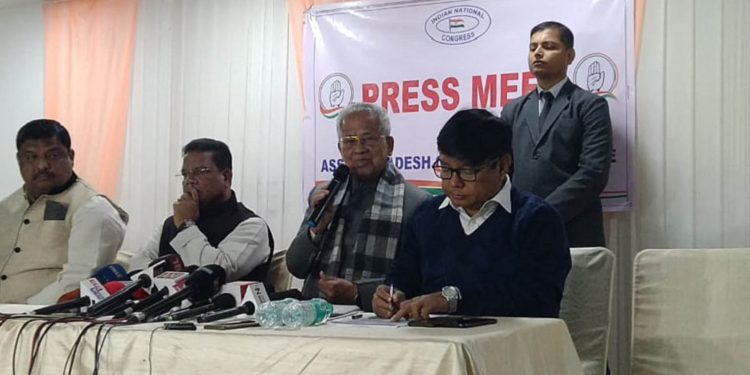 The Congress in Assam has decided to join hands with all anti-Citizenship (Amendment) Act (CAA) forces to fight for the protection of the indigenous people of the state.

The party is even open to forging an alliance with an alternate political party against CAA.

“The party is ready to support any new political front that opposes CAA,” Bora reiterated.

Former CM Gogoi slammed the BJP and said the party is now inviting the illegal foreigners rather than detecting and deporting the infiltrators living in the state.

“Instead of criticizing the Congress as protectors of infiltrators, the BJP should prove it by detecting and deporting the illegal infiltrators,” Gogoi said.

“The then Prime Minister late Indira Gandhi came to Assam in 1980 and proposed to make 1966 as the cut off date. Mahanta did not accept that and as a result of which 855 people died,” Gogoi said.

On Thursday, the Assam BJP president Ranjit Dass held Congress responsible for the death of 855 persons in the Assam Agitation and asked the Congress leadership to apologise to their families.