No casualties were reported, but some shops were damaged due to the blast 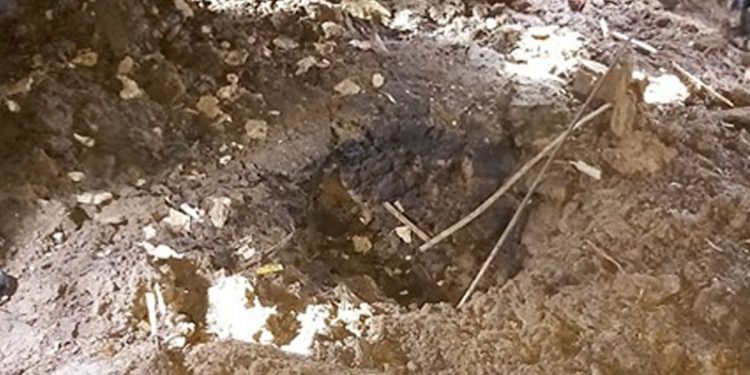 A view of the blast site. Image credit - Facebook

Sensation prevails following a blast at Dhudar Ali near Sapekhati area of Sonari in Charaideo district ahead of the Republic Day.

The blast took place at around 11.50 pm on Monday.

The Charaideo police on its Twitter handle on Tuesday said: “Mysterious blast reported near Sapekhati Chariali area yesterday mid-night at a garbage dump in front of a battery shop.”

However, the police claimed that “no signs of explosives or IED” found in the blast site.

The Charaideo police also ruled out any foul play after a preliminary investigation carried out by police, explosive experts and engineers from the Army.

“It appears to be due to some mixed reaction of chemicals and gases in the damp weather from affluents and waste which had accumulated there,” the police claimed.

The police have registered a suo motu case at Sapekhati police station for comprehensive investigation and soil samples from the blast site have been sent to the forensic laboratory at Guwahati for examination.

The Charaideo police have advised the general public not to believe any rumours or create panic.

At the same time, the common public has been requested by the Charaiodeo police to immediately report, if they notice any suspicious movement, activities or persons, to the 24X7 District Police Control Room dialing at the phone numbers – 03772 256 045 or 9678921813.

A media report quoted Charaideo superintendent of police Anand Mishra as saying: “We have not found any trace of explosives, nor splinters from the spot. Prima facie, investigation reveals that this place was used to dump battery waste and garbage.”

The district police boss further said: “Some people had set fire to the garbage in the evening which might have led to the blast.”