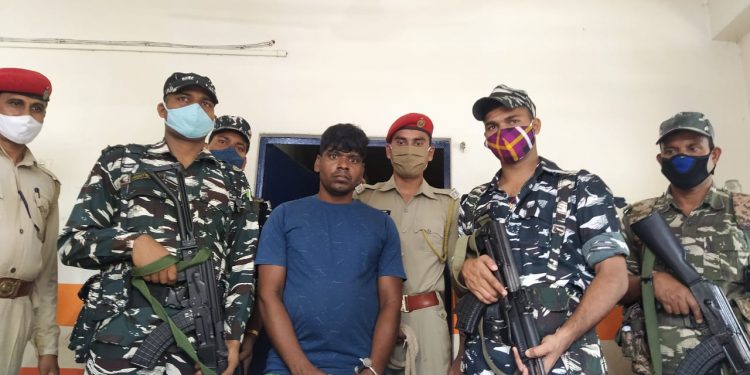 The drug peddler arrested in Dhubri

A joint team of Assam police and Central Reserve Police Force (CRPF) nabbed one drug peddler and recovered contraband worth Rs 10 lakhs from Jhagrarpar on the outskirts of Dhubri town.

A cash amount of Rs 2.20 lakhs was also recovered from the possession of the accused.

The accused has been identified as Rofiqul Islam, a resident of Jhagrarpar under Dhubri Police Station.

Acting on a specific information, the Quick Response Team of 48 Battalion of CRPF accompanied by police personnel conducted a raid at the residence of Islam late on Saturday night and recovered the huge consignment of contraband.

The police have registered a case against the drug peddler under relevant sections of Indian Penal Code and further investigations into the case are underway, said officer-in-charge of Dhubri Police Station, Partha Pratim Gogoi.