AGP chalks out series of agitations against Citizenship (Amendment) Bill

AGP to join hands with other regional and indigenous bodies; to garner nation-wide support in protest against contentious citizenship bill 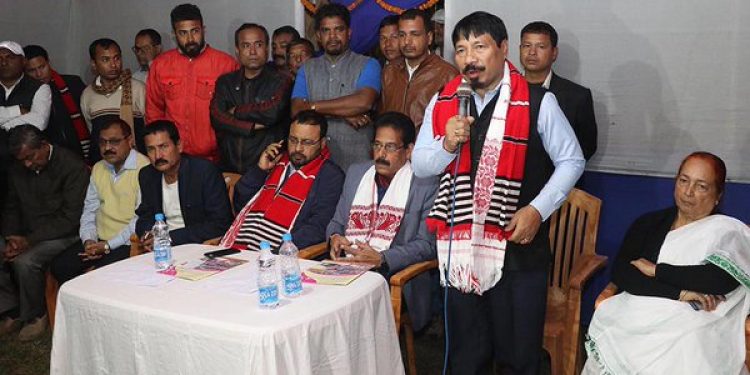 The Asom Gana Parishad (AGP) has chalked out a series of agitational programmes against the Citizenship (Amendment) Bill, 2016.

The regional party will take out a torch rally on January 18 next while the AGP legislators will sit for a 10-hour long hunger-strike on January 24 next.

The party will also take out protest rally across all the districts of the State on January 30 next.

The AGP which has severed its ties with the Bharatiya Janata Party (BJP) over the citizenship bill issue is now all out to launch its crusade against the contentious bill.

The AGP in a meeting held on Sunday night chaired by party president Atul Bora has lined up series of agitational programmes in the coming days across the State.

The regional party has decided to launch its state-wide agitation with the support of the people of Assam against the bill that threatens even the existence and dignity of the historic Assam Accord.

The AGP was of the view that the regional party will leave no stone un-turned to keep the integrity of the indigenous people of the State intact.

The party has lately been hailed for its decision to quit the government on the day the bill was tabled and passed int the Lok Sabha.

The AGP was facing volley of criticisms from several quarters over its blurred stand on the citizenship bill issue.

The party apart from launching independent protests has also decided to join hands with other regional and indigenous organizations of the State in continuing with agitations against the bill.

The regional party has also decided to garner country-wide support against the citizenship bill.