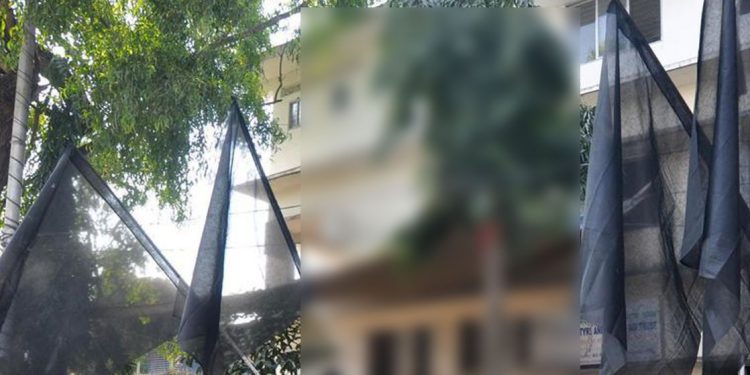 The Bhartiya Janata Party (BJP) supporters also got into a scuffle with the All Assam Students’ Union (AASU) activists near the Debo Bora Memorial Club at Titabar over showing black flags.

The incident took place at noon.

The Titabar Sub-Divisional Police Officer (SDPO), A Hojai said the cavalcade stopped near a railway crossing as the gate was closed.

“The AASU took advantage of the situation and waved black flags and shouted slogans against the Citizenship Amendment Act 2019,” the police officer said.

“This resulted in verbal retaliation from the supporters of the BJP,” he further said.

The SDPO said, “As soon as the cavalcade passed when the gates were opened, normalcy returned to the area.”

In another incident, Rituraj Goswami, a student of Assam University, Silchar, was detained by the police for reportedly shouting anti-CAA slogans at the Circuit House where Assam finance minister was holding a meeting with a few party workers.

The youth hails from Pulibor in Jorhat.

BJP state president Ranjeet Kr Dass is here on the party’s Mission 100 in which the party is projecting a win of 100 BJP candidates in the 2021 Assembly elections.

He visited Titabar, which has been under the grip of former three-time Assam chief minister Tarun Gogoi.

Dass also visited Mariani which has been won by Congress legislator Rupjyoti Kurmi for three times.

The Assam BJP president admitted before the media that tourism had been affected due to the anti-CAA protests.

“Due to the anti-CAA protests, investors have verbally backed out from investing and some development works have also been halted. But now, the people understand what the CAA is. The Filmfare awards were also held here,” he said.

Earlier, the state BJP president told newspersons that the BJP would win 100 seats and that the contest would remain between the BJP and Congress.

Regarding the possibility of the emergence of a third front, he said it would be dealt with if the need arises and that it is not known whether this front would affect the prospects of the Congress or the BJP.