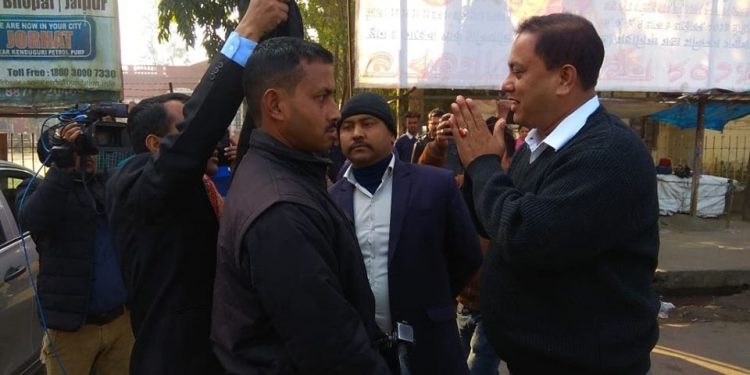 The AJYCP members stopped vehicle of Tasa and waved black flags at him.

The AJYCP members who were protesting against the Citizenship (Amendment) Act (CAA) stopped the vehicle of Tasa when he was passing by and chanted slogans and waved black flags at him.

Tasa alighted from his vehicle and told the youths that they had every right to protest but that there was no need to as they had misunderstood the objective of the Act.

Tasa, also the Jorhat Lok Sabha MP, interacted with a few media-persons before leaving the spot.

During his interaction he defended the Act and said BJP government would not do anything against the interest of the state.

The protesters also shouted slogans against the leaders.