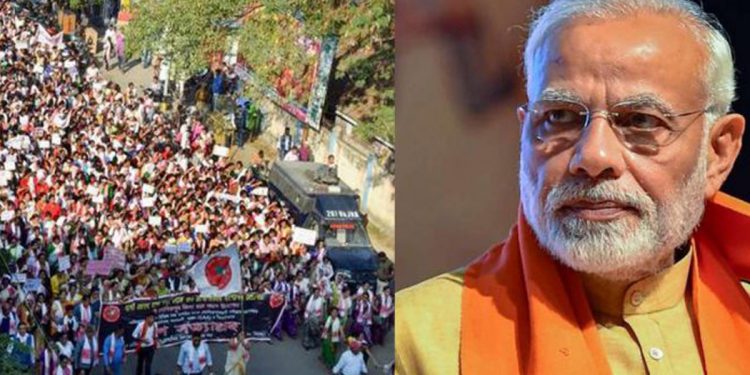 Khelo India is scheduled to be held in Guwahati from January 10 to January 22, 2020.

Addressing the media in Guwahati on Sunday, the All Assam Students’ Union president further said, “The Bharatiya Janata Party (BJP) is planning to destroy the indigenous fabric of Assam. We will not let that happen.”

“The fight against CAA will be a long one. The legal battle is going on in the Supreme Court,” Nath said.

“Until CAA is repealed, we will continue to protest against it. Our democratic protests will continue,” he reiterated.

Speaking to the media, AASU chief adviser Samujjal Bhattacharya said, “Before Khelo India, there is a cricket match scheduled on January 5. We will observe both the two events closely.”

“We will also monitor the government’s actions and see that they do not deviate the people from the movement,” he added.

“Even though the government is saying that people benefiting from CAA will be negligible, we want to make one thing clear that we will not accept anything that goes against the spirit of Assam Accord,” he reiterated.

“We will not accept a single illegal person coming after March 24, 1971,” the AASU chief adviser reiterated.

AASU general secretary Lurinjyoti Gogoi also lashed out at the government and said, “The government will try every possible trick to saturate the movement. However, we will not let this happen.”

“We will not rest until CAA is scrapped,” he added.