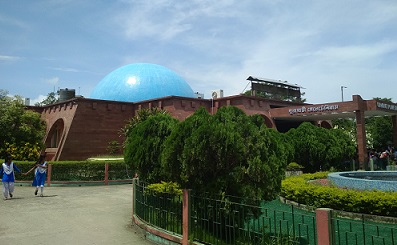 This visibility of the lunar eclipse in India is expected to be pretty good but cloudy sky and inclement weather are likely to hurt the chances of being able to watch the phenomenon.

The copper-red eclipsed moon will pair up with the Red Planet in its ‘opposition’, in which the Sun and Mars will lie opposite each other, with Earth standing in between.

The total lunar eclipse will be visible from Assam and the rest of the northeast, along with other parts of the country.

Guwahati Planetarium have made special arrangements to show the planetary movements (special segment) from 6:30 pm to 7:30 pm from July 1, 2018.