Assam witnessed a resurgence of regionalism through NRC and Citizenship (Amendment) Bill, 2016 while Rima Das and Hima Das ushered in fresh ray of hope in the fields of cinema and sports

FIle photo of artist Ranjan Saikia making a NRC logo replica ahead of publication of the final National Register of Citizens (NRC) draft at the bank of River Brahmaputra under Dhekiajuli in Sonitpur district. Photo by UB Photos

The year 2018 dawned on an uncertain note with the first draft of the National Register of Citizens (NRC) getting published on the midnight of December 31, 2017.

However, no such untoward incident took place anywhere in the State over the NRC draft publication. But the issue of people left out in the first draft of the NRC stirred up quite a political turmoil.

However, with due course of time these simmered down with the advent of the Advatage Assam – Global Investors’ Summit in February.

The first of its kind investor’s summit hosted in Guwahati created quite a furore in the media with the Sarbananda Sonowal government spending in crores for the summit, apart from beautifying the city of Guwahati – the gateway to the Northeast.

But it proved to be a damp squib with the summit doing little to boost the investment scenario of the State.

The NRC issue came to the fore again with another issue cropping up – the controversial Citizenship (Amendment) Bill, 2016.

The issue of rehabilitating Hindu Bangladeshis once again enlivened the regional sentiments of the indigenous Assamese.

Protests led to a crescendo when hundreds and thousands took to the streets when the Joint Parliamentary Committee (JPC) visited the State for public hearing.

Citizens, young and old came took to the streets in Guwahati voicing their concern about threat to the indigenous character of the people of Assam.

Even the stoic silence maintained by the State Government also came under the scanner as many started to believe that BJP-led government has toed the lines of its central command in New Delhi leaving aside its commitment of safeguarding the ‘jaati, mati, bheti’ riding on which it stormed into power at Dispur.

However, the biggest blot in the year 2018 in Assam was the utterly barbaric act of mob lynching of two youths at Dokmoka in Karbi Anglong district of Assam.

It was one of the most tragic fallout of fake news spread through social media in the history of modern civilization.

The two youths, Nipotpal Das and Abijeet Nath, hailing from Guwahati were on a day out to Karbi Anglong where the locals of a remote village mistook them for child abductors based on a whatsapp message.

The problem with irresponsible use of social media has given rise to the phenomenon of ‘fake news’ where miscreants create and propagate sensational and fabricated contents which are then circulated online and become viral.

The incident in Karbi Anglong was a blatant and most notorious consequence of this phenomenon.

The second draft was published on July 30, in which two crore 90 lakhs were included in the applicants and the names of around 40 lakhs people were not included in the document.

A mixed reaction on the publication of both the draft was found, mostly by political and other organizations, and those who cannot be included, the officers assured that they would be given enough opportunities to prove their identity.

At a time when NRC was the main issue in the state’s politics, at the same time, a joint parliamentary committee raised a lot of concern about Assam and Meghalaya tour from May 7 to May 11. This tour took place on the Citizenship Amendment Bill 2016.

The Narendra Modi government introduced the bill in Parliament in 2016, which was amended in the Citizenship Act, 1955, so that Hindus, Sikhs, Buddhists, Jains, Parsis and Christians should be given Indian citizenship due to religious issues from Bangladesh, Pakistan and Afghanistan.

This bill also created a distinction between the political parties of the State.

However, this year also came with the moment of happiness for the State when self-taught filmmaker Rima Das‘s movie ‘Village Rockstars’ was selected from the country as an official entry for Oscar awards. 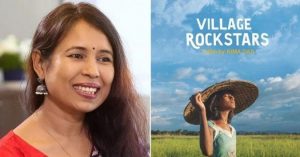 But the joy was short-lived with the movie not making it to the final nomination.

Assam pride Adil Hussain starrer ‘What Will People Say’ was the official entry from Norway that also failed to make it to the big Academy night nomination.

The year also witnessed a golden moment for the sporting arena of the State.

Dubbed as ‘Dhing Express’ (Hima originally hails from Dhing in Nagaon district), proved herself once again at the Asian Games by winning a silver in the 400 metres and a gold in the 4×400 metres relay.

Hima has been staying in the limelight was she featured in quite a number of national and international magazine covers. She has also been appointed as India’s Youth Ambassador by the UNICEF.

Assam took pride in having the country’s longest rail-cum-road bridge in the year 2018.

Bogibeel Bridge is a combined road and rail bridge over the Brahmaputra river in Assam between Dhemaji district and Dibrugarh district, which was started in the year 2002 and took a total of 200 months to complete the project as heavy rainfall in the region being the main cause for the slow progress.

Bogibeel Bridge is the longest rail-cum-road bridge in India measuring 4.94 kilometres over the Brahmaputra river.

As the Bogibeel bridge being situated in an earthquake prone area, it is India’s first bridge to have fully welded steel-concrete support beams that can withstand earthquakes of magnitudes up to 7 in the Richter Scale.

This is also Asia’s second longest rail-cum-road bridge that has a serviceable period of around 120 years.

This is the fourth longest bridge in India after Bhupen Hazarika Setu, Mahatma Gandhi Setu and Bandra-Worli Sea Link.

Twitter tenders apology for showing J&K and Leh in China