I can't explain in words how happy I am. After the film premiered at Toronto, I didn't think we would get an invitation from Berlin because top festivals like Cannes, Berlin, Toronto, and Venice usually ask for a world premiere, says Rima. 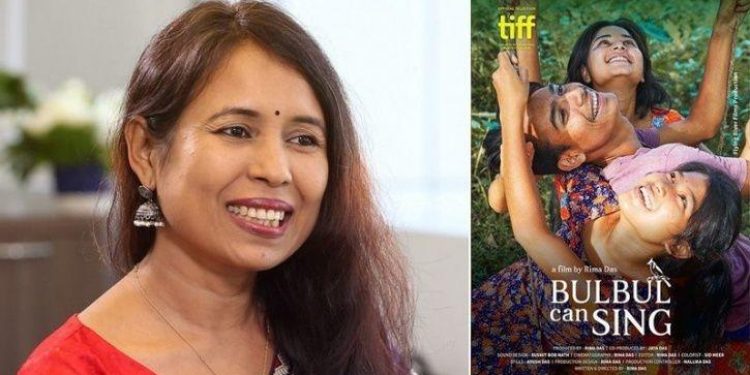 Critically acclaimed filmmaker Rima Das’ Assamese feature film Bulbul Can Sing is all set to compete in the Generation 14 Plus category at the 69th Berlin International Film Festival 2019.

After having its world premiere at the Toronto film festival, the film is all set to have its European premiere at the upcoming edition of the Berlin International Film Festival next year, a news agency reported.

Berlinale on Wednesday announced the film as a part of its first 16 programme picks for the festival.

According to Berlinale’s website, Bulbul Can Sing falls under ‘Generation 2019: Hell Bent Women- On Both Sides of The Camera’ segment.

As per the website, Berlinale describes the film as, “As in Village Rockstars (2017), Indian filmmaker Rima Das proceeds to her home region in northeastern India in her latest, independently produced work. The poetic snapshots of life out in the country and in the classroom collectively paint a portrait of a trio of friends: Bulbul, Bonny and Sumu. Threatened by the traditions of their patriarchal village community, their youthful light-heartedness is put to a hard test.”

“Bulbul Can Sing is selected for Berlinale! I can’t explain in words how happy I am. After the film premiered at Toronto, I didn’t think we would get an invitation from Berlin because top festivals like Cannes, Berlin, Toronto, and Venice usually ask for a world premiere. They accept other films only in case of an exception. So it’s a huge achievement,” Rima Das said in a statement.

“After getting immense love and appreciation from people for Village Rockstars, it was very challenging for me to come out with a new film which would meet people’s expectation. But seeing the extraordinary journey of Bulbul Can Singh I feel more hopeful now. I want to thank my family, friends and film team and everyone who believes in my movies and me. Yes, we will keep our faith alive to keep dreaming,” she added.

‘Bulbul Can Sing’ is about a teenage girl who lives in a village in Assam. The girl, who falls in love, is on the verge of discovering her teen life, but unfortunately due to a tragedy striking her best friend, she finds questioning herself and her love life.