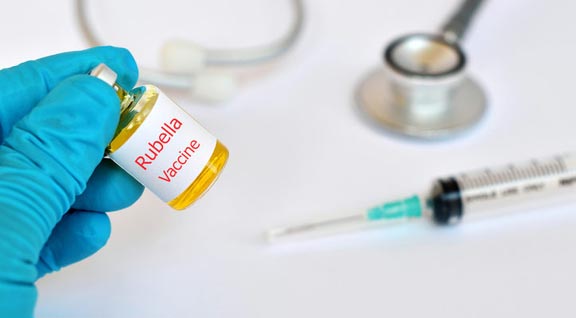 The vaccination campaign to eradicate rubella and measles got off to a start in the State on Saturday, after a day’s delay due to the death of former Prime Minister Atal Bihari Vajpayee on August 16 and his funeral, on Friday.

Joint Director of Health Services, Dr Amrit Saikia said that as all official functions and ceremonies had been canceled due to the demise of former Prime Minister Vajpayee, the official launch by State Health Minister Himanta Biswa Sarma was also cancelled on August 17.

“Sarma was supposed to conduct the launch ceremony yesterday at Guwahati following which the programme would have launched in all the districts of Assam. However, we began the programme today without any launch ceremony as all the schools and dates had been fixed earlier,” Dr Saikia said.

He further said that it was hoped that at least 80 per cent of the students in schools fixed for Saturday in Jorhat district had been vaccinated by the single shot which would prevent both rubella and measles as this is sometimes life threatening or may create complications resulting in permanent handicap.

Saikia said that the vaccine was hundred per cent safe and there was no cause of worry for parents or children.

The target group is children between 9 months to 15 years. Jorhat district as well as Majuli would be covered in three phases over four weeks and Anganwadi, ASHA workers and health workers had all been pressed into service for hundred per cent action.

On the other hand, the launch of India Posts Payment Bank, which would take banking to the doorsteps of the people, has also been deferred. No new date has been announced. The bank would now be launched on August 21 by Prime Minister Narendra Modi.

A source here said that all the preparations have been put on hold.

In Jorhat, there would be one main branch located at the Jorhat head post office and 218 access points covering interior rural areas.