Assam to launch measles and rubella vaccination campaign from August 17 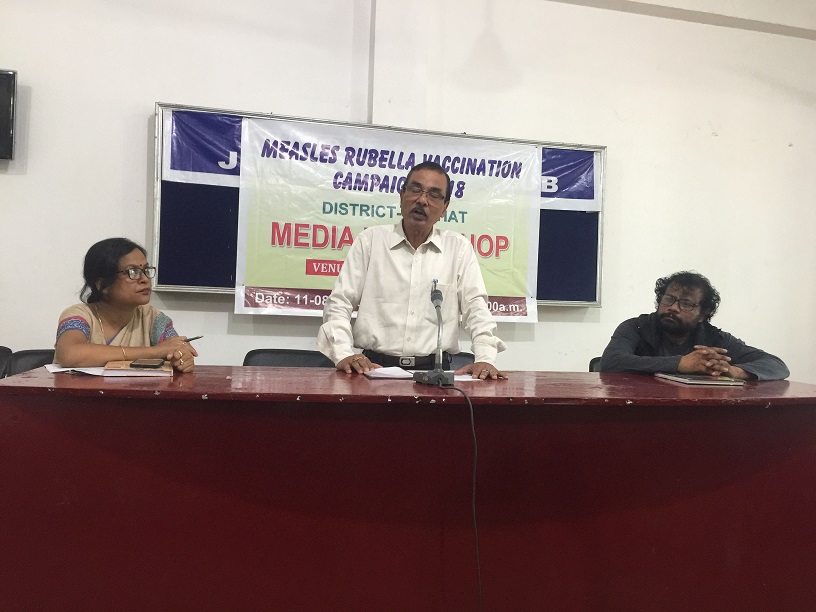 Assam is all geared up to launch the National Measles and Rubella Vaccination Campaign from August 17.

Briefing media persons in Jorhat of eastern Assam on Saturday, joint director of Health Services, Amrit Saikia, said that the campaign will target children from nine months to below 15 years and the month-long exercise will be supervised by World Health Organization RRTE for the Northeast, Girvar S Baria and district immunization officer, Dr Manjula Hazarika would be in charge.

Health department workers, ASHA workers and Anganwadi workers had all been trained to assist in the campaign.

Saikia said that in India, three crore children had been immunized in the first phase and Assam would be launching the campaign in the second phase.

The vaccine for both measles and rubella would be injected through a single dose.

Saikia said that earlier the Government only gave the measles vaccine to nine months old infants, but in a concerted move to eliminate and control the two diseases, all children between nine months to 15 years would be targeted as 95 per cent of cases occurred in this age group.

In Jorhat district which would also cover Majuli (now a separate district), about three lakh children would be benefitted.

In the fourth week, a survey would be conducted and those left out or residing in remote areas would be covered.

ANM nurses had been trained to administer the vaccine.

Saikia said that children who were very sick and weak or had earlier reacted against the vaccine would not be given the vaccine but if they had cold or flu it could be safely administered without any adverse effects.

Baria in a presentation said that the WHO objective was to eliminate measles from the world by 2020 and control rubella by 2020.

“First small pox had been eradicated from the world, India had been declared polio free by 2012 and now this was the objective towards which India was working,” he said.

Baria said that in the case of measles, a child could die due to complications.

About 50,000 children in India died of measles annually and another 50,000 developed blindness or had brain infections, pneumonia or diarrhoea.

On the other hand, Rubella, another viral disease which produced mild rash in children could be very harmful to pregnant women in the early stages of pregnancy leading to immediate abortion of the foetus or still birth.

Saikia appealed to the media to help contain rumours and spread the word of the benefits so that there was no panic reaction to this from the public.