Assam: Night curfew in Hailakandi to continue for next 10 days

Suspended Internet services to resume today in Barak Valley; curfew relaxed from 9 am to 3 pm 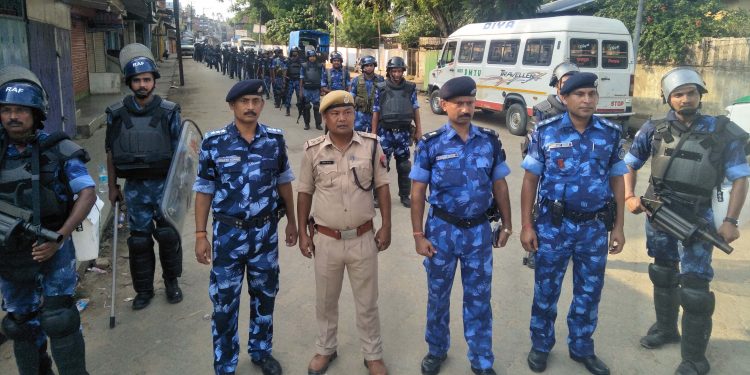 Hailakandi deputy commissioner Keerthi Jalli on Monday said night curfew in the district will continue for the next 10 days.

However, oberving the ground situation, the curfew was relaxed from 9 am to 3 pm on Monday.

She said the suspended internet service will resume on Tuesday in the entire Barak Valley.

Also read: Tension in Hailakandi after one killed in police firing following clash

With a view to maintain peace and communal harmony, the Hailakandi district administration held discussions with senior citizens, political leaders and organisations at the DC’s conference hall on Monday.

Addressing the meeting, deputy commissioner Jalli said certain elements are at work to create rift in the society and spread misinformation and rumours in an effort to disturb peace, tranquility and communal harmony in the district.

The meeting was also attended by superintendent of police Mohneesh Mishra and other senior officials.

Jalli and district police chief Mishra said stringent action will be initiated against those involved in the violence which has left one dead and several injured with damage to property.

The district administration sought support from the prominent citizens, organisations and people from all walks of life to prevent such untoward incidents from recurring and usher in lasting and durable peace in the district.

The district heads of the civil and police administration also appealed to the people not to pay heed to any rumour or misleading news which might create disturbances.

Jalli said that some miscreants had been trying to foment trouble in the district by giving communal colour to the recent incidents.

“Miscreants do not belong to any caste or community and their activities have to be put down with an iron hand.

“The people of Hailakandi have been maintaining peace, communal harmony and brotherhood and will continue doing so come what may,” said Jalli.

She urged the prominent citizens to stand strong in foiling the sinister designs of anti-social elements.

Earlier, Jalli and Mishra, while talking to the media said, “The internet services, suspended following the outbreak of violence on Friday, will resume on Tuesday in the entire Barak Valley.”

Jalli said a report will be soon sent to the government on the extent of damage to property caused by the violence for necessary compensation.

The deputy commissioner said the administration will ensure that there is no shortage of essential commodities and it will take steps to prevent prices to go up.

Jalli further said the banking sector will function normally once the internet services resume on Tuesday.

SP Mishra said security forces will continue to be deployed in the district till the situation returns to normalcy.