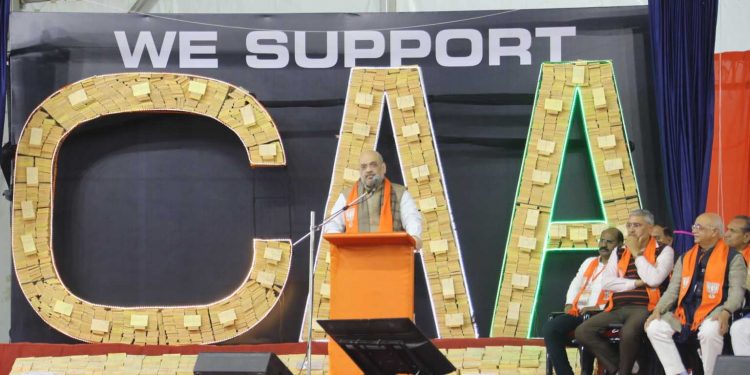 The posts cards were written to the PM thanking him for passing the Citizenship (Amendment) Act (CAA) in the Parliament.

The post-cards carry the message “We Support CAA, thank you Narendra Mogiji for passing it”.

“These are not just mere words, but these are words penned down from the heart thanking the PM,” Shah said.

“Our public outreach programme is a reply to the lies being spread against the CAA,” the home minister added.

“The Congress government in Rajasthan had promised that Hindus and Sikhs from Pakistan would be given citizenship,” Shah said.

“We are fulfilling what you had promised; then why are you opposing CAA?” Shah asked.

Shah further said that awareness campaign the BJP has launched in support of CAA had found a place in Limca Book of Records and World Record of India.